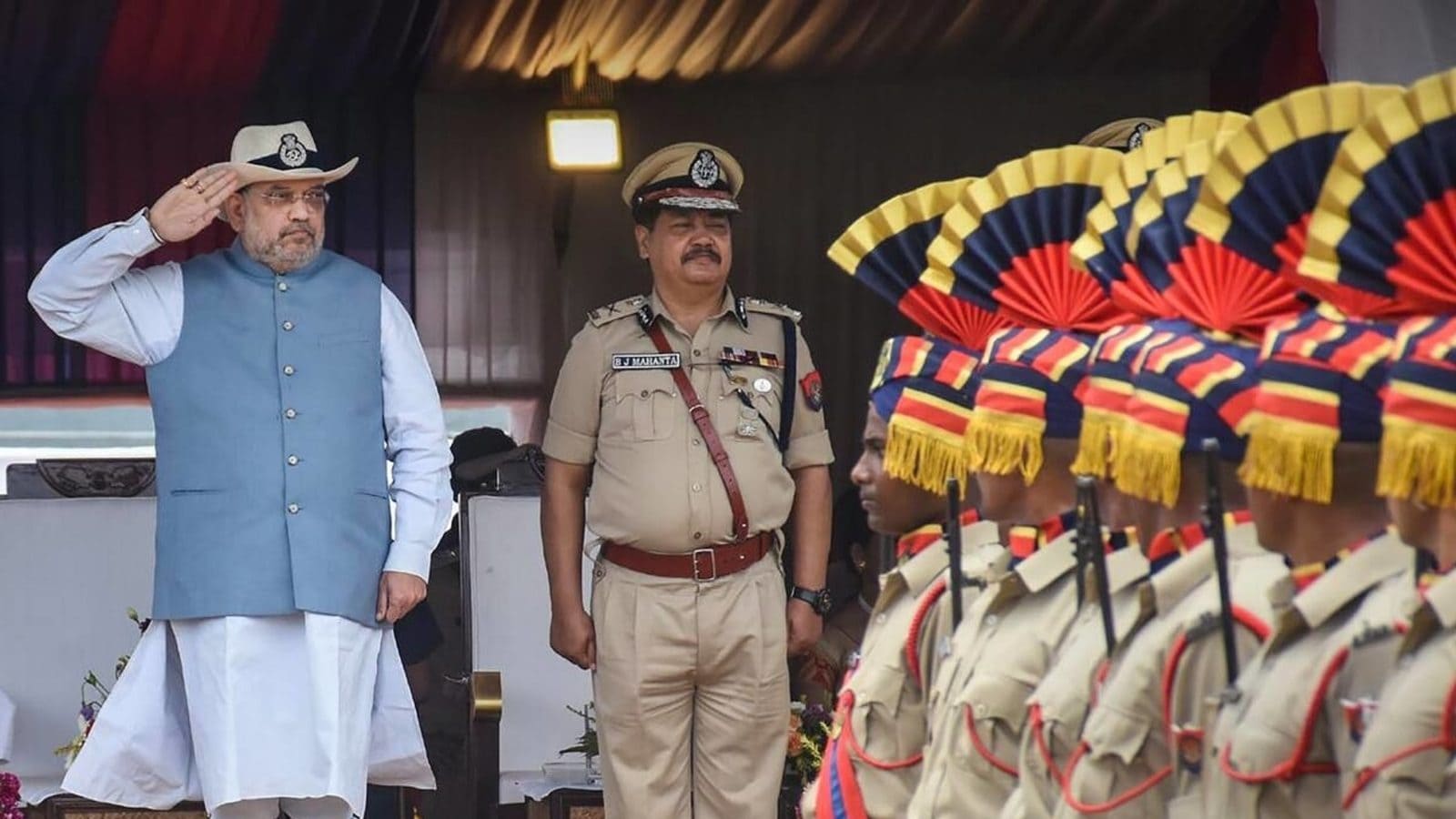 Udaya Kumar Dharmalingam, associate professor in the department of design at the Indian Institute of Technology Guwahati ( IITG) was driving at around 10am on Tuesday, when union home minister Amit Shah presented the President’s Colour to Assam Police at a ceremonial function in the city’s Nehru Stadium.

A momentous day for Assam Police.Presented the President’s Colour to this brave force.

Assam becomes the 10th state to get this honour. This is a testimony of their tireless efforts to eradicate insurgency & ensure peace.

Congratulations to @AssamPolice and the entire state. pic.twitter.com/I4yUC0wsfI

Udaya Kumar who has been teaching in the premier institute since 2010, designed the one-rupee note in 2009. His creation was selected from among five shortlisted symbols based on the Indian tricolour. The President’s Colour insignia, which the Assam Police officers will now don on the left sleeve, was also designed by Udaya Kumar. When asked by News18, the educationist said he was not aware and nor did anyone inform him about the special day.

“I had made the presentation of several designs to the Assam Police based on their theme. It was some five-six years back and I don’t know which one was finally selected. When I designed it, I ensured that it represented Assam, symbolised the honour of the state police and paid tributes to the men who made the supreme sacrifice. The stars represent the sacrificed lives. The theme colour is the Assam Police colour. The dominant golden hue represents the richness and shine of the valour of Assam police,” stated Udaya Kumar.

His other designs of the President’s Colour had a rising sun which represented the new dawn. “It took me around one month to design the insignia,” he added.

The President’s Colour is a special flag that is given to a military, paramilitary or police unit as a mark of recognition for its services.

Heartiest congratulations to all ranks of @assampolice on being presented the much-coveted President’s Colour by Adarniya HM Shri @amitshah ji.It’s a moment of pride for Assam & fitting tribute to Assam Police’s spirit of ‘জনহিত জনসেৱাৰ্থে’ (always at public service). pic.twitter.com/JBz3Qr8Xqq

This historic feat would not have been possible without @assampolice ’s dedication & sacrifice in maintaining peace in society and helping us remain steadfast in our goal of realising Adarniya PM Shri @narendramodi ji’s vision of a New & Vibrant Assam. pic.twitter.com/vrX4hXUy2F— Himanta Biswa Sarma (@himantabiswa) May 10, 2022

The presentation of the President’s Colour to Assam Police coincided with the completion of one year of the BJP-led government in the state.