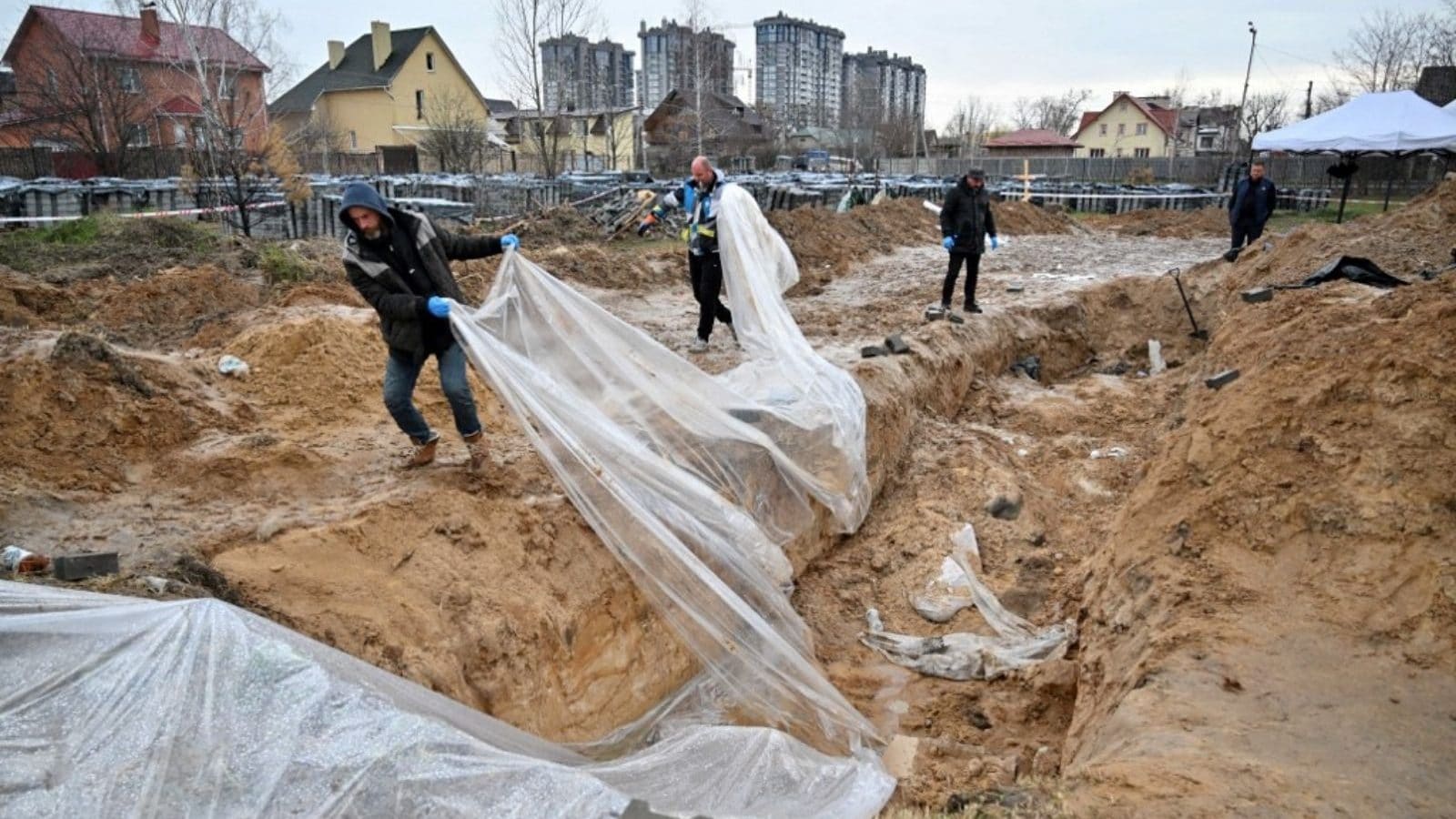 Both visits were unannounced, with Baerbock visiting Bucha, a town that has become synonymous with allegations of Russian war crimes after dozens of bodies in civilian clothing were found in the streets.

After talks with locals, the German minister said Bucha was a place where “the worst crimes imaginable have happened”, promising to “hold accountable” those responsible.

“We owe it to the victims to not only commemorate here but to also hold the perpetrators accountable. This is what we are going to do as the international community, that’s the promise that we can and must give here in Bucha,” she said.

“No one can take away the pain… but we can ensure justice,” she said, accompanied on her visit by Ukraine’s attorney general who is investigating the killings.

Separately, Hoekstra tweeted that he had arrived during the morning “in Kyiv for meetings with the Ukrainian government, together with my colleague Annalena Baerbock”.

“Started my visit in Irpin, a suburb of Kyiv,” he wrote of another town near Bucha where Russian troops are alleged to have carried out atrocities, posting pictures of himself near war-scarred buildings.

“The bombed-out houses and buildings illustrate the impact the war has had on the lives of the men, women and children who live here. These acts cannot go unpunished,” he tweeted, saying his government was involved in “several accountability efforts”.

The Netherlands was helping through “financial contributions to the investigations by the International Criminal Court and the UN commission of inquiry, and through the deployment of a forensic team in Ukraine,” he said.

Hoekstra was due to meet later in the day with his Ukrainian counterpart Dmytro Kuleba and with President Volodymyr Zelensky, a spokesman from the Dutch foreign ministry said.

He will also “officially” reopen the Netherlands embassy in Kyiv, the spokesman said.