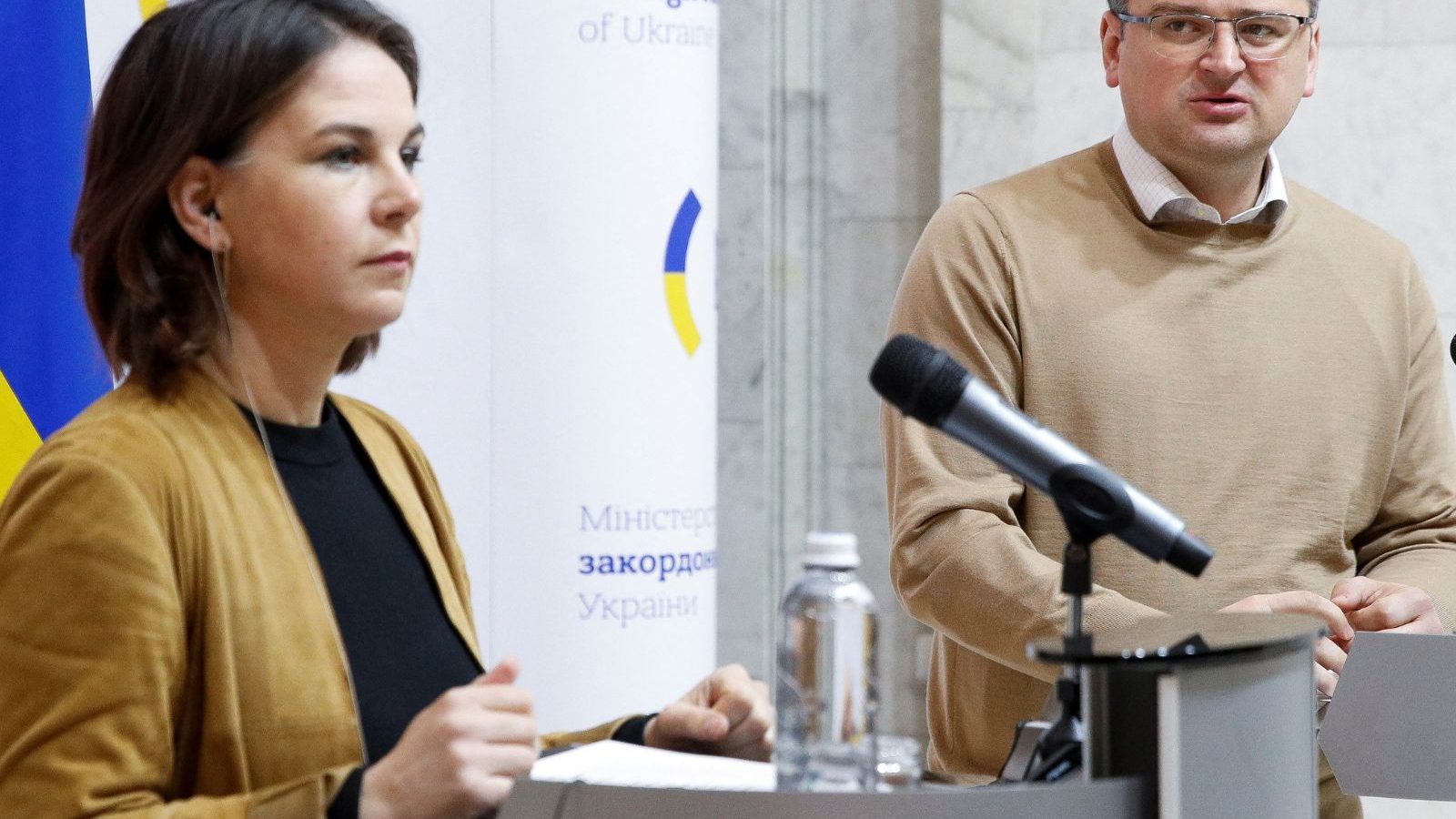 Ukraine’s foreign minister said Tuesday Kyiv was grateful to Berlin for changing its position towards Moscow, including its stance on a Russian oil embargo and on supplying arms to Ukraine. “I would like to thank Germany for changing its position on a number of issues,” Dmytro Kuleba told a press conference in Kyiv also attended by his German counterpart Annalena Baerbock.

“Germany has changed its position on arms supplies to Ukraine, and Chancellor (Olaf) Scholz has announced the beginning of a new policy towards Russia,” he said. Kuleba said Kyiv was “grateful to Germany for supporting the introduction of the oil embargo,” against Russia.

An embargo on Russian oil — part of a sixth package of EU sanctions under discussion — is being resisted by some EU member states that rely on Russian oil to keep their economies running. “We understand that this was a difficult decision for Germany,” Kuleba said.

He also said Ukraine’s aspiration to join the European Union was “a matter of war and peace in Europe”. The European Commission has said it will respond to Ukraine’s requests to join next month.

“One of the reasons why this war started is that Putin was convinced that Europe doesn’t need Ukraine,” Kuleba said. Baerbock and her Dutch counterpart Wopke Hoekstra visited war-torn areas around Kyiv as part of a surprise trip to Ukraine.