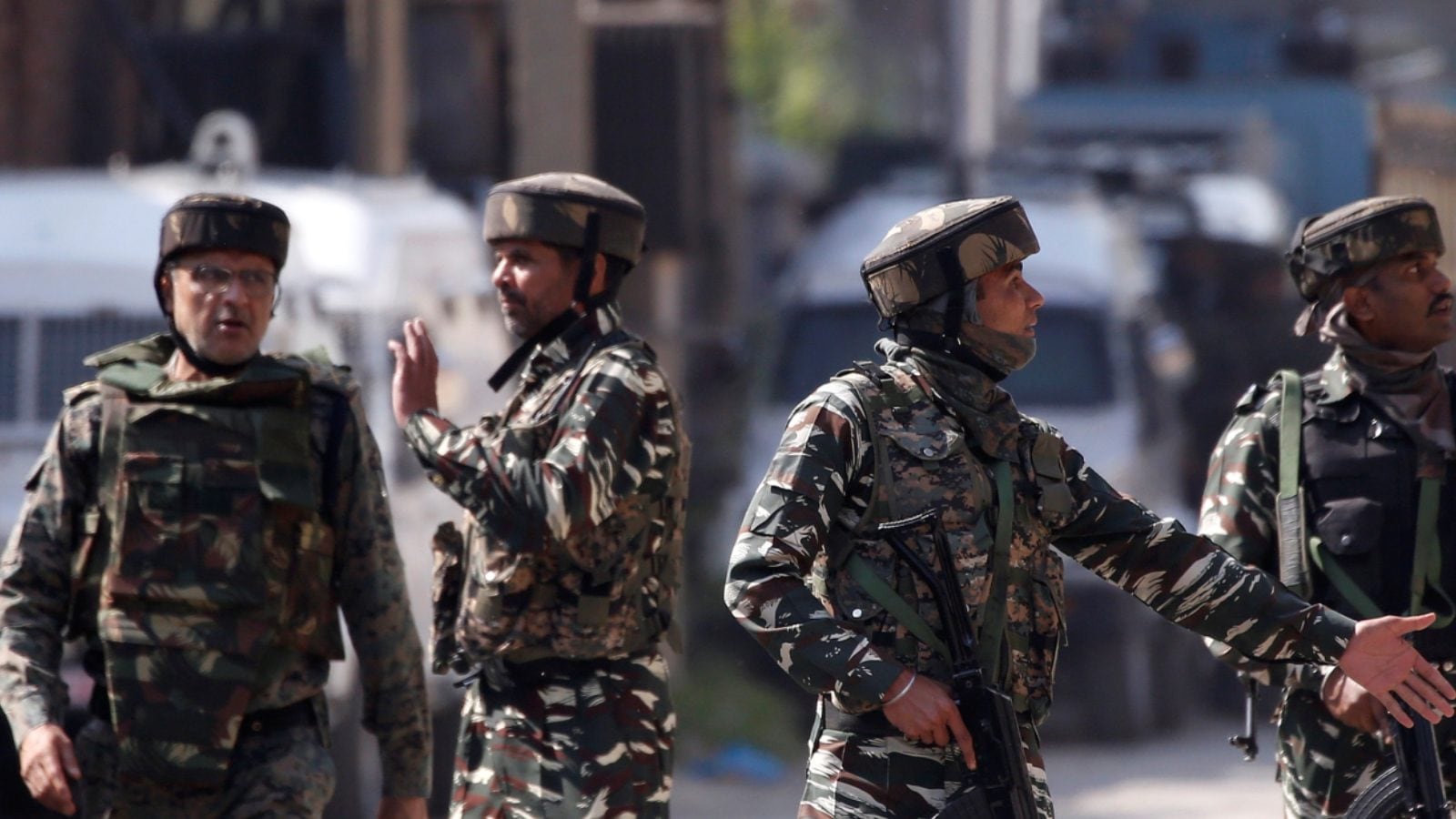 As part of the massive crackdown launched by the Jammu and Kashmir Police on the terror network in the valley, the forces have arrested four ‘hybrid terrorists’ from Srinagar city who were tasked to carry out selective assassinations across the city.

‘Hybrid terrorists’ are the ones who are not listed with the forces but recruited for specific terror attacks.

While acting on a specific tip-off about the presence of terrorists in Srinagar, a checkpoint was laid at the Bemina crossing. “Two individuals approaching the Naka in a suspicious manner were challenged by the Naka personnel, and the duo tried to flee. They were, however, tactfully apprehended by the Naka party,” a police officer said.

He said that the apprehended individuals identified themselves as Tawoos Rasool Gada, son of Ghulam Rasool Gada, and Saleem Jan Bhat, son of Mohd Ashraf Bhat of Usmanabad. “On their frisking, two Tokarev T-54 Pistols, two magazines, and twenty Chinese rounds were recovered from the possession of the duo,” the officer said.

He said that on the basis of their initial questioning, the individuals confessed that they were working as hybrid terrorists of some terror outfits. The Resistance Front, which is frontal of Pakistan-based terror outfit Lashkar-e-Toiba and was involved in delivering pistols in the city to carry out targeted killings at the behest of Pakistani handlers of the terror outfit.

“On basis of these disclosures made by the two individuals, a CASO was launched at Hamdania Colony Srinagar and two more hybrid terrorists of this module namely Abdul Hameed Rah alias Ali of Hamdaniya Colony, Bemina and Sajad Ahmed Marazi of the Hamdania Colony of Bemina were arrested. Two Tokarev T-54 Pistols, two magazines and twenty rounds were recovered from their possession,” he said.

He said that a case under the relevant provisions of law has been registered at the Bemina Police Station and further investigation has been taken up.

Meanwhile, in another crackdown on the terror associated the police in Awantipora arrested two associates of the Lashkar-e-Toiba terror outfit.

“Acting on specific information, Awantipora police along with 50RR at a checkpoint established at the Befina Chowk Pampore arrested two terrorist associates linked with proscribed terror outfit LeT. They have been identified as Arshid Ahmed Mir, a resident of the Check Satoora Tral & Muzaffar Ahmad Chopan, a resident of Khanmoh Srinagar,” a police spokesman said.

He said that incriminating materials including two hand grenades were recovered from their possession.

“During preliminary questioning, the arrested duo disclosed that they had received these grenades from an active terrorist of the proscribed terror outfit LeT, namely Saqib Ahmad, a resident of Khanmoh, and were tasked to the job for them on security forces in the area,” he said.

A case vide FIR number 51/2022 under relevant sections of law has been registered at PS Pampore and further investigation into the matter is in progress, he added.