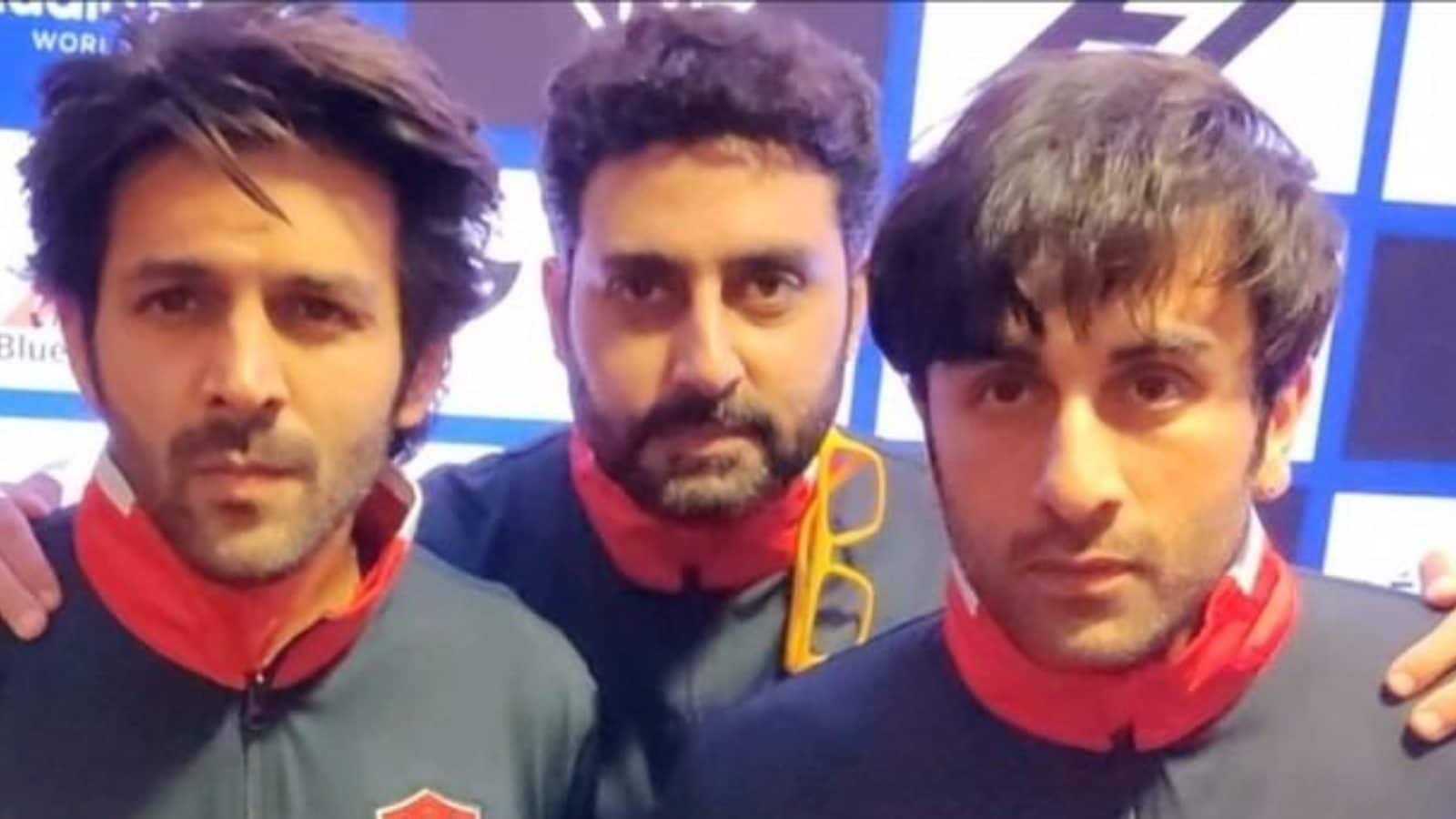 Abhishek Bachchan, Ranbir Kapoor, and Kartik Aaryan are in Dubai for the Celebrity Football Cup 2022. On Saturday, their team, All Stars Football Club (ASFC), played against Emirates United. In a candid conversation with Bollywood Hungama after the match, ASFC captain Abhishek Bachchan revealed a special tradition “newlywed” Ranbir Kapoor had to follow. Abhishek added that “the match was ‘special’ for all of them as Ranbir is a married man now.

“It’s a special match for all of us because it’s Ranbir’s first match after becoming spoken for, and we have certain traditions in our team for newlyweds, which will be fulfilled today,” Abhishek told Bollywood Hungama. In response to Abhishek’s statement, Ranbir clarified that they are planning to keep him “in front of the goal.” Explaining the captain’s statement, Ranbir, who is the vice-captain of ASFC, said,”Basically, they are going to put me in front of the goal, and I am going to kick lots of balls at them.”

Speaking about Abhishek, Interestingly, last month, the Dhoom actor completed 15 years of marriage with Aishwarya Rai. And when the actor was quizzed if he wanted to give Ranbir any advice, the Dasvi actor was quick to say that Ranbir “doesn’t need it.” Abhishek said, “He decided to get married, she decided to marry him because they are in love with each other and that’s the only thing that matters. They respect each other, and that’s it.” He, however, couldn’t help pulling Ranbir’s leg, when the latter called ASFC one of the most important things in his life. He commented that it was very touching to hear that, especially since Ranbir had just gotten married.

On the work front, Abhishek was last seen in the social comedy Dasvi, which was released on Netflix last month. Meanwhile, Ranbir and Alia are gearing up for their much-anticipated Brahmastra. Ayan Mukerji’s directorial will hit the big screens on September 9 and also features Amitabh Bachchan and Mouni Roy in prominent roles.