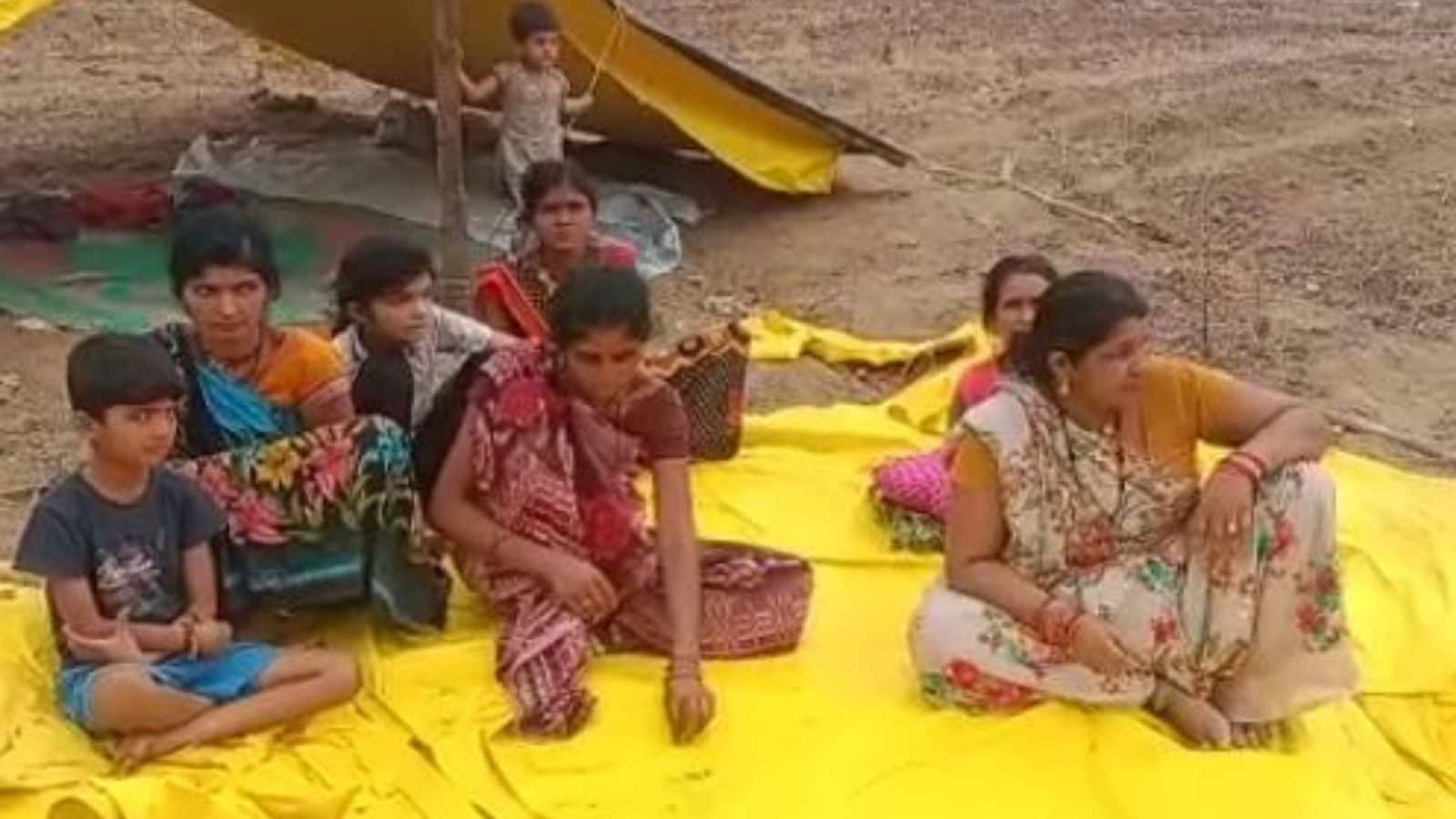 In order to save their two-acre-land from land grabbers, some families from Adilabad in Telangana have been requesting the authorities concerned to provide security to them as well as their farmland.

The fear of death threat and the possibility of encroachment of the farms from the land grabbers lead them to stay on the farmland along with family members away from the mainstream living.

The pathetic condition of six families belonging to Rajula Tanda in Neradigonda Mandal of Adilabad district in Telangana shows the domination of the land grabbers in rural pockets.

The farmers said that though they complained to the police on the issue the police were least bothered about the pathetic situation they have been facing. With the fear of death and loss of the farmland, they left their own house in the village and started staying in the makeshift tents on the farmland.

Under the scorching sun, with trees and bushes on one side, they have been living in tents with their family members in fear of life threats.

Without a kitchen, the women of the families prepare food items in open spaces near the tents. The family members including the kids had their lunch and dinner under the open sky. All of them have been spending their nights in the tents themselves. They have been requesting the authorities concerned to provide protection to them as well as their farmland and make the families redemption from the tents.