‘This Team is Difficult to Beat’: Harbhajan Singh Predicts the Winner of LSG vs GT Clash in Pune 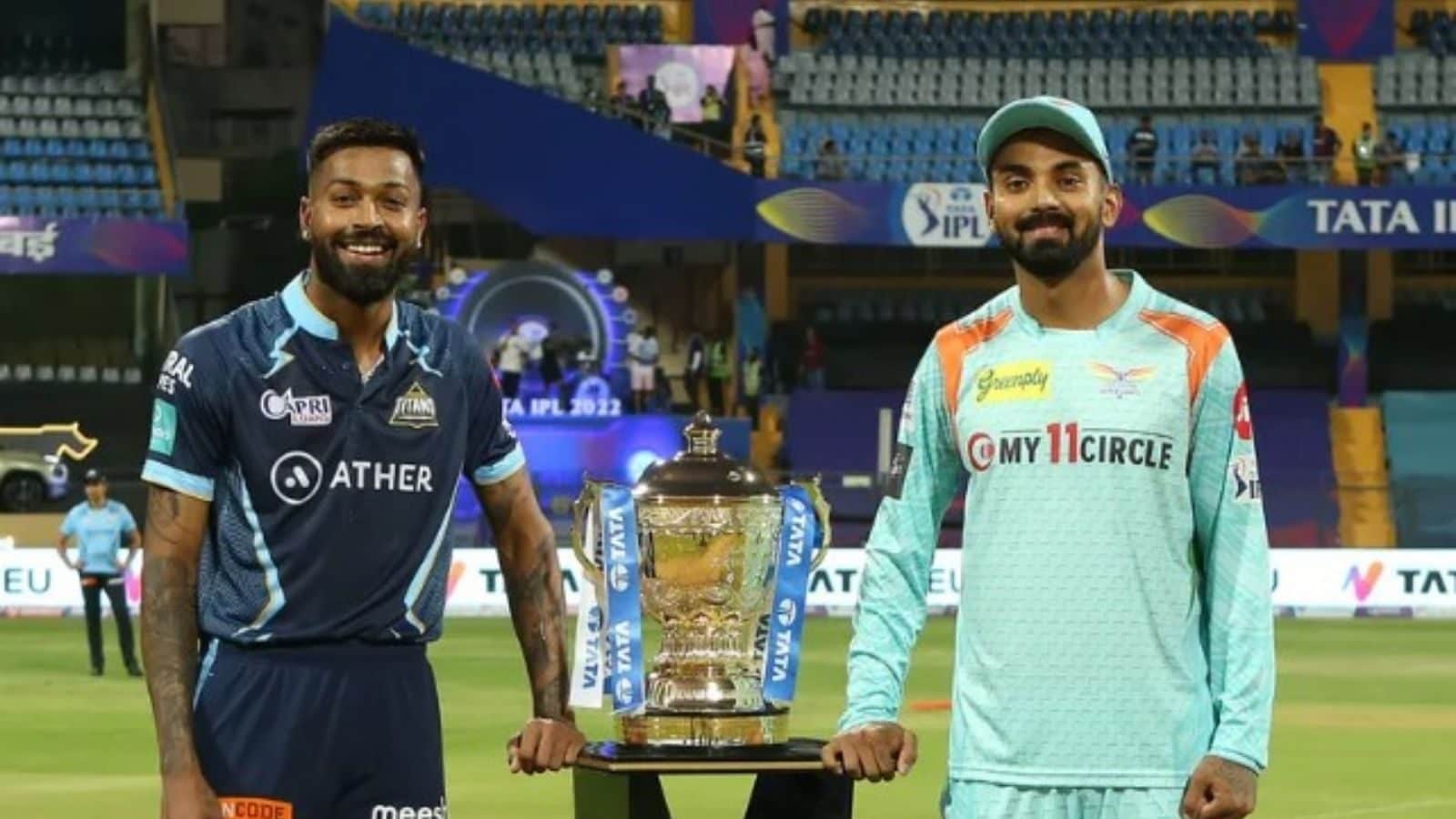 The debutant teams – Lucknow Super Giants (LSG) and Gujarat Titans (GT) – have up the ante in the Indian Premier League (IPL) 2022. They have not only played a fearless brand of cricket but are the frontrunners in the race of playoffs.

Both teams have won eight of the 11 matches each they have played so far. While the KL Rahul-led LSG are topping the charts with 16 points, the Hardik Pandya-led Gujarat Titans are second with an equal number of points but with an inferior net run rate.

On Tuesday night, they will lock horns with each other for the second time in the season. Whichever side crosses the finish line, qualifies for the knockouts. Ahead of the mouth-watering clash at MCA Stadium, Pune, cricket experts have commended the mindset with which LSG and GT have played so far in IPL 2022.

In a conversation with Star Sport Network, former India captain and batting Sunil Gavaskar said both teams have never fret about the outcome, instead, they have played with sheer commitment irrespective of the result.

“Gujarat are playing with such freedom and they are fearless (in approach). There’s no fear of the world in their game and that’s why they are winning. Of course, you wish to win even when you are playing in your backyard but a loss doesn’t mean that it’s an end to the world, that’s the approach with which they are stepping on the pitch. They are enjoying their game and playing positive cricket,” said Gavaskar on Star Sports.

Former India cricketer Harbhajan Singh backed the Pandya-led Gujarat Titans to win the match against Lucknow and become the first team to qualify for playoffs.

“Gujarat Titans are going to win the match against Lucknow Super Giants and they will become the first team to qualify. The Hardik Pandya-led side is very strong. Rashid Khan is in great form and coach Ashish Nehra is giving them just the right amount of confidence. This team is difficult to beat,” opined Harbhajan.

Former Australian cricketer Matthew Hayden too praised Gujarat Titans for the brand of cricket they are playing in their debut season and the match-winners the franchise has in its ranks.

“GT bat deep, they’ve got the confidence, and they are full of match winners. It’s exciting to watch them because when there’s not a Rahul Tewatia show, it’s a Rashid Khan show and when Rashid isn’t performing, it’s a Killer-Miller (David Miller) show. This team is lined up with several match-winners and that’s what makes them a dangerous side. It’s exciting to watch the brand of cricket they are playing,” he said.