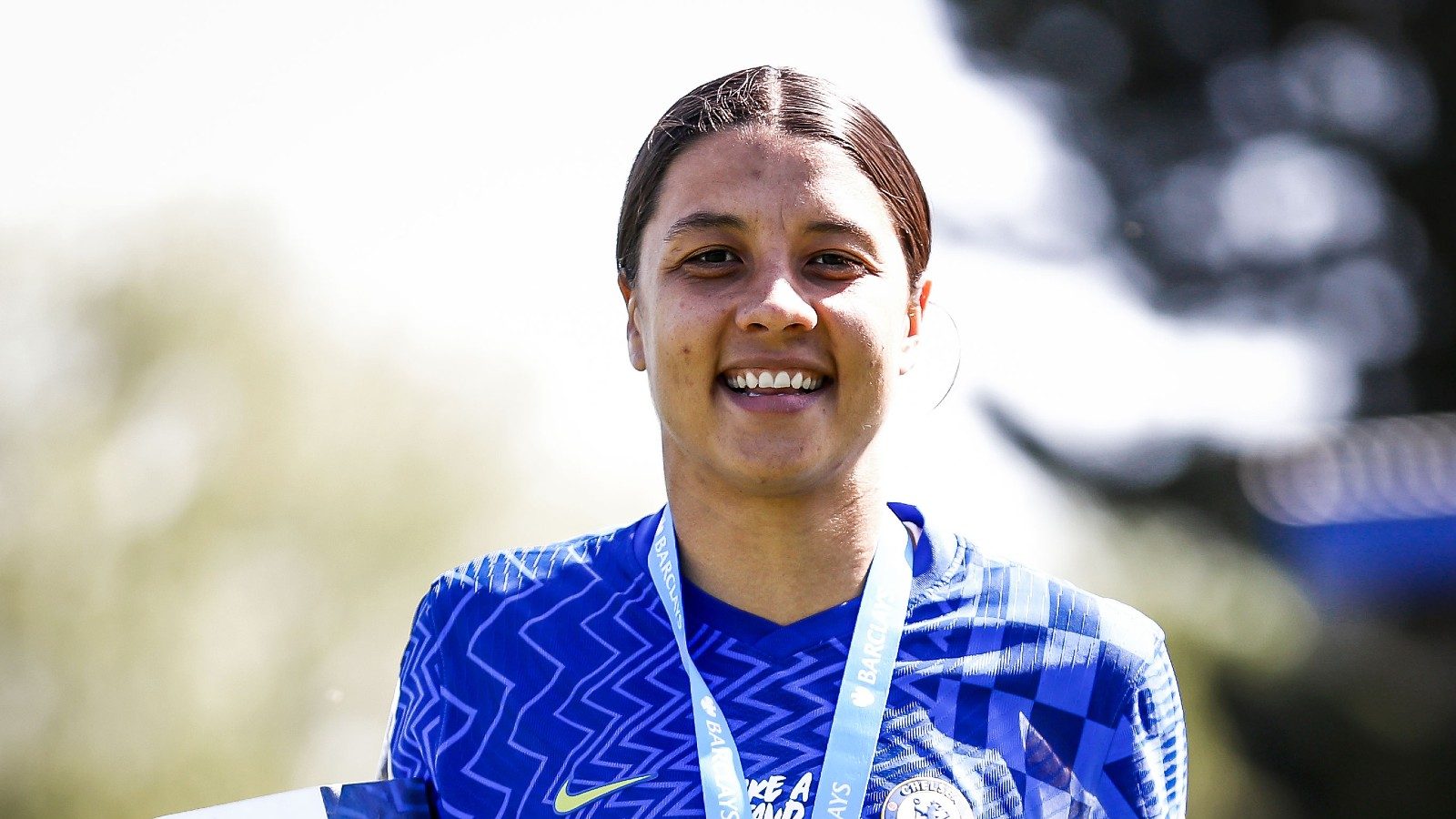 Chelsea’s Australian striker Samantha Kerr scored a stunning volley against Manchester United to help her side in securing a 4-2 victory. And with this win, Chelsea also managed to win their third-straight Women’s Super League title. Kerr scored a brace for Chelsea in the match.

United had scored the first goal of the match as their midfielder Martha Thomas earned a vital lead for her side in the 13th minute. But Chelsea were prompt enough to script a comeback. Just five minutes later midfielder Erin Cuthbert scored an important equaliser. United’s indomitable spirit paid off in the 25th minute of the game as Ella Toone helped her side in reclaiming the one-goal lead.

Things changed dramatically in the second half. It just took 47 seconds for Kerr to score a crucial equaliser. An eye-catching volley from way outside the penalty box was enough to beat Manchester United goalkeeper Mary Earps. Kerr’s audacious attempt initiated a comeback for the Blues.

Guro Reiten scored in the 51st minute to earn a lead for Chelsea for the first time in the game. Then in the 66th minute of the game, Kerr scored another goal to earn a two-goal cushion for Chelsea.

In the 2021-22 season of the Women’s Super League, Kerr had displayed her goal-scoring ability as she scored 20 goals in as many matches. The 28-year-old striker also notched up four assists.

Chelsea finished the league with 56 points from 22 matches to clinch the title.

Their London rivals Arsenal managed to secure a 0-2 victory against West Ham United. Stina Blackstenius scored the first goal of the match in the 60th minute. Six minutes later, defender Steph Catley scored the insurance goal for her side to ensure three points.

But a victory was not enough for Arsenal to claim the title as they secured the second spot in the points table with 55 points from 22 matches.