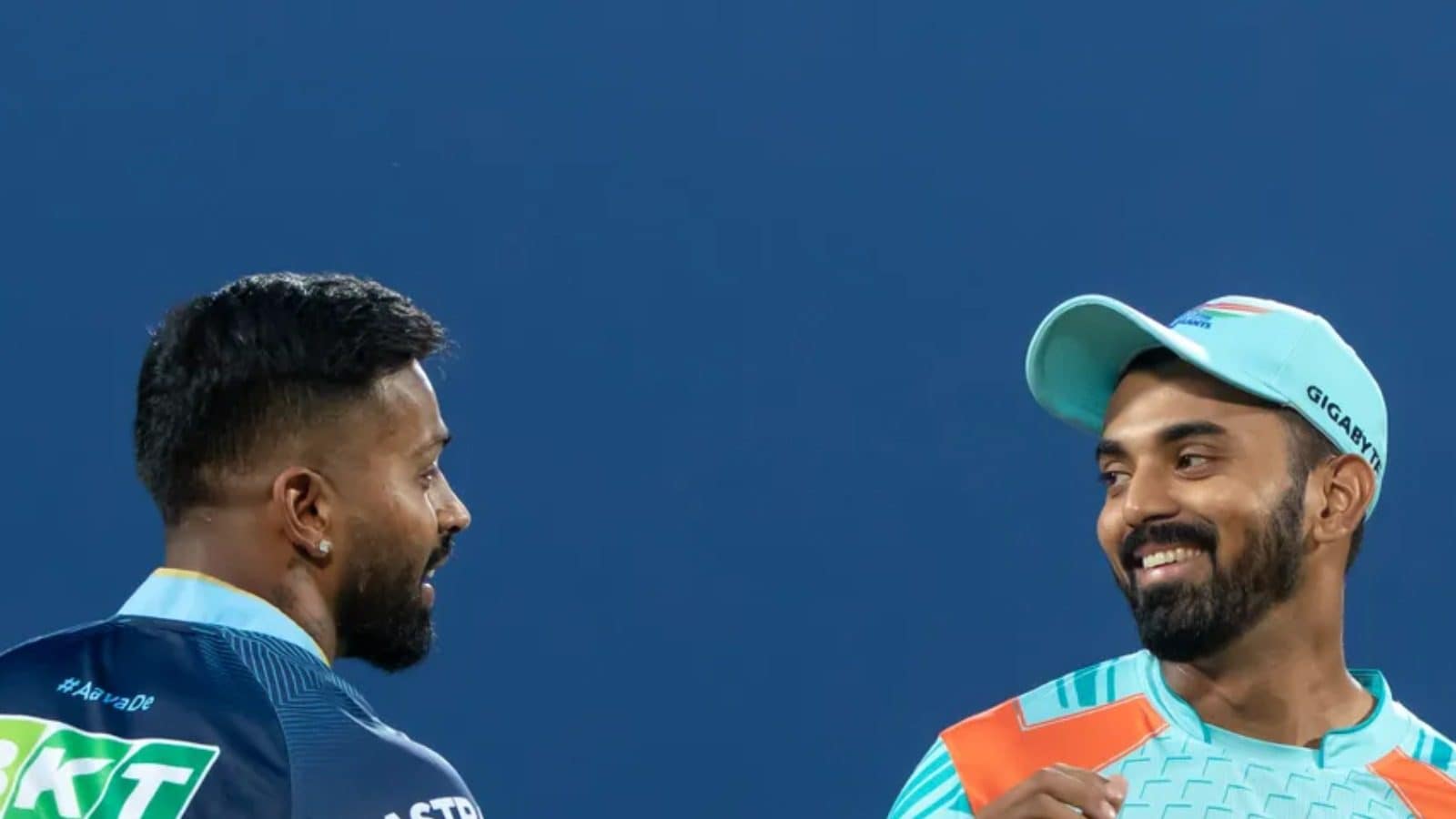 Table-toppers Lucknow Super Giants locked horns with Hardik Pandya’s Gujarat Titans in an intense clash at Maharashtra Cricket Association Stadium, Pune. The two newcomer franchises have impressed many with their fearless approach and the Tuesday’s clash will decide who will be the first team to seal a place in the playoffs.

The captains of both teams shared great camaraderie on and off the field. The two close friends enjoyed a light moment before the start of the game at the toss. Rahul tossed the coin as Hardik made the call and he picked heads. The Gujarat Titans skipper started enjoying after winning the toss but Rahul pulled his leg and said: “Tails bola hai na?”. Rahul asked the match referee Narayanan Kutty who clarified that Hardik picked heads. The two superstars then laughed at each other.

Meanwhile, Hardik elected to bat against Lucknow Super Giants as he wanted his team to put Lucknow under pressure by putting a good score on the board.

“We will bat first. Want to put up some runs, the wicket looks alright for the entire duration of the game. The wicket has played some role, batting first here – teams have won plenty of games. We want to get a score on the board. We have won some 5 games we were looking like losing, we need to forget the last couple of losses, learn from those things, the tournament isn’t over as yet. Three changes for us – Matthew Wade is in for Lockie Ferguson, Sai Kishore replaces Sai Sudharsan and Yash Dayal is in for Pradeep Sangwan,” he said at the toss.

However, GT’s decision to bat first after winning the toss backfired big time as they lost Wriddhiman Saha (5) and Matthew Wade (10) cheaply with the scoreboard reading just 24 inside five overs.

Gill remained not out on 63 off 49 balls with the help of seven fours but lacked support from the other end. He was left stranded as GT’s next highest scorer was David Miller (26).