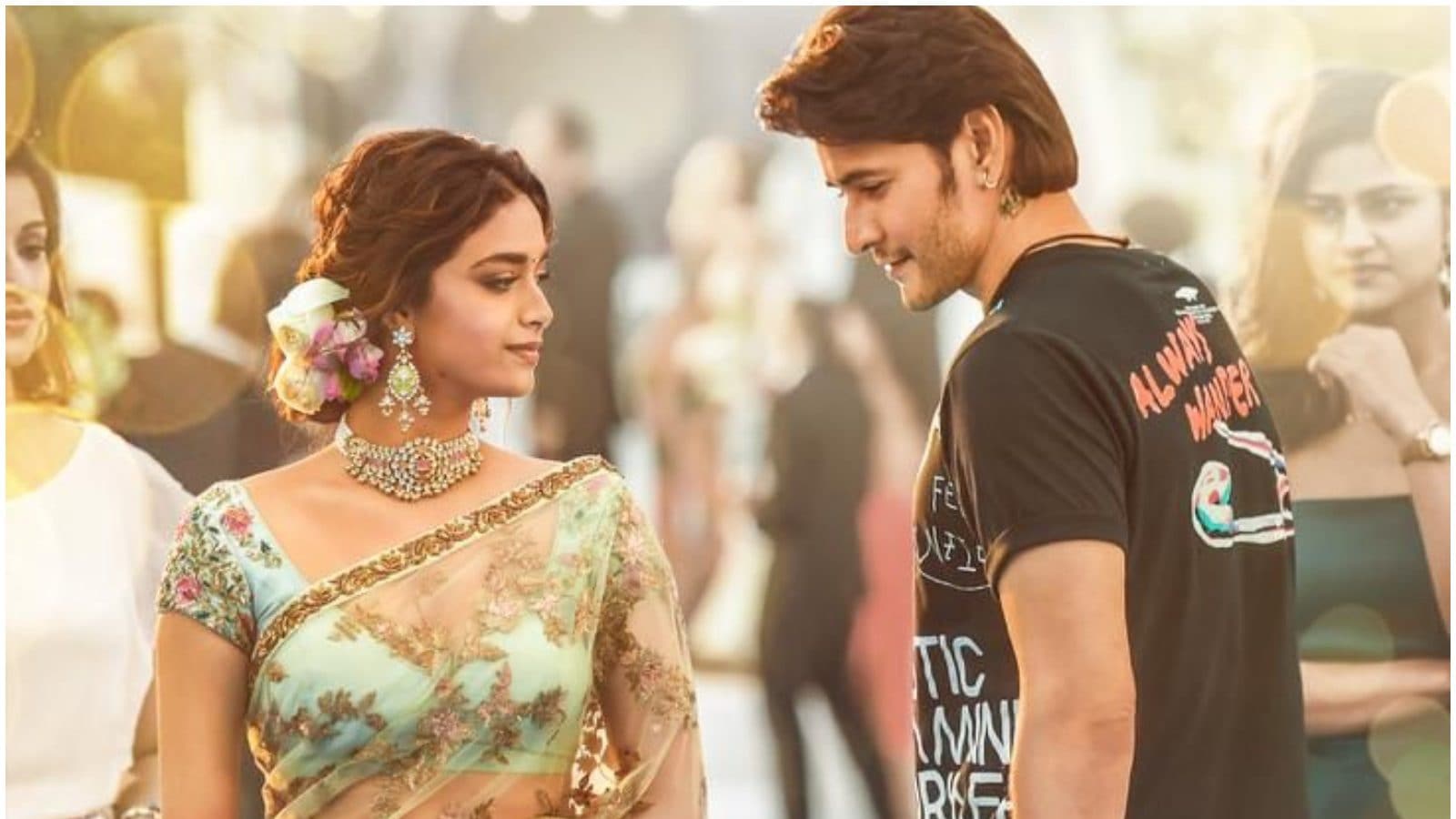 Mahesh Babu’s Sarkaru Vaari Paata, written and directed by Parasuram, is all set for its worldwide release on May 12 this year. The trailer was released a week ago on the YouTube channel of Mythri Movie Makers, and it received a huge response from the audience.

Now, the team is busy promoting the film and giving interviews. Recently, the actor and director Parasuram Petla were part of a special Interview with Suma Kanakala.

The actor chose to wear a blue shirt and denim pants for a laid-back look. As he smiled at the cameras, the actor looked charming.

Mahesh Babu has made several interesting comments about the star cast in the interview. When Suma asked him about a piece of advice that he would give to Keerthy Suresh, Mahesh Babu laughed and said, “What advice would you give to the great artist?”

The next question was, “How many actresses have you called the best co-Stars? Mahesh Babu laughed and chose to reply in a very polite manner, “We only do films once or twice a year and if we don’t say it this way, who is going to work with us?” Another question that the journalist asked was about his diet. He replied, “I eat almost everything but in the correct amount.”

Recently, on May 7, the makers had a lavish pre-release ceremony in Hyderabad, which was attended by Mahesh Babu, Keerthy Suresh, director Parusuram, and others. Thousands of fans gathered to catch a peek of their superstar, who returns to the big screen after two years.

Naveen Yerneni, Y. Ravi Shankar, Ram Achanta, and Gopichand Achanta are producing the film under the banners of Mythri Movie Makers, GMB Entertainment, and 14 Reels Plus. The film’s soundtracks have been composed by music sensation S Thaman.