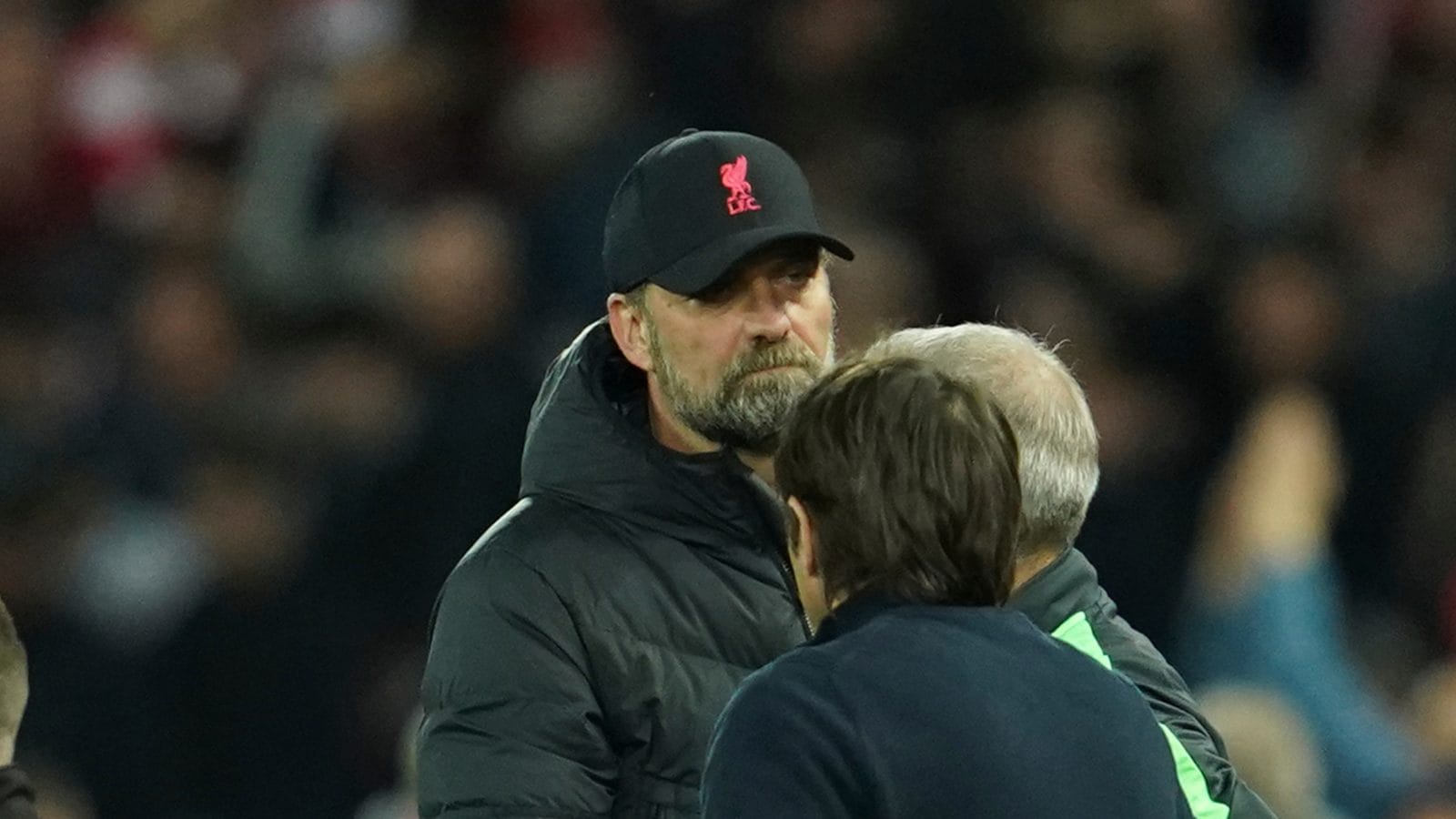 Antonio Conte has accused Liverpool manager Jurgen Klopp of looking for an “excuse or an alibi” after he criticised Tottenham’s style of play following their 1-1 draw on Saturday.

The result was a huge blow to Liverpool’s hopes of winning the Premier League title — the Merseysiders are three points behind leaders Manchester City with only three games left to play this season.

Tottenham, who were dangerous on the break at Anfield, could even have come away with a victory.

But Klopp, clearly unhappy at seeing his side drop points in the title race, suggested the visitors had been overly defensive in their approach, saying: “I don’t like this kind of football, but that is my problem. I cannot coach it.”

Conte said Klopp should concentrate on his own team.

“Jurgen is an intelligent person, very clever,” the Italian told reporters on Tuesday.

“He was a bit frustrated after the game, but at the same time for every coach it is important to learn to be focused on your team, not the opponent.

“It means you want to find an excuse or an alibi because your job didn’t work or something was wrong.”

Despite a creditable point, the draw at Anfield has hampered fifth-placed Tottenham’s hopes of qualifying for the Champions League.

Spurs are now four points behind Arsenal heading into Thursday’s north London derby, where a win for the Gunners would guarantee them a top-four finish.