In Battle for Control of Black Sea, Ukraine Steps Up Efforts to Retake Strategic Snake Island from Russia 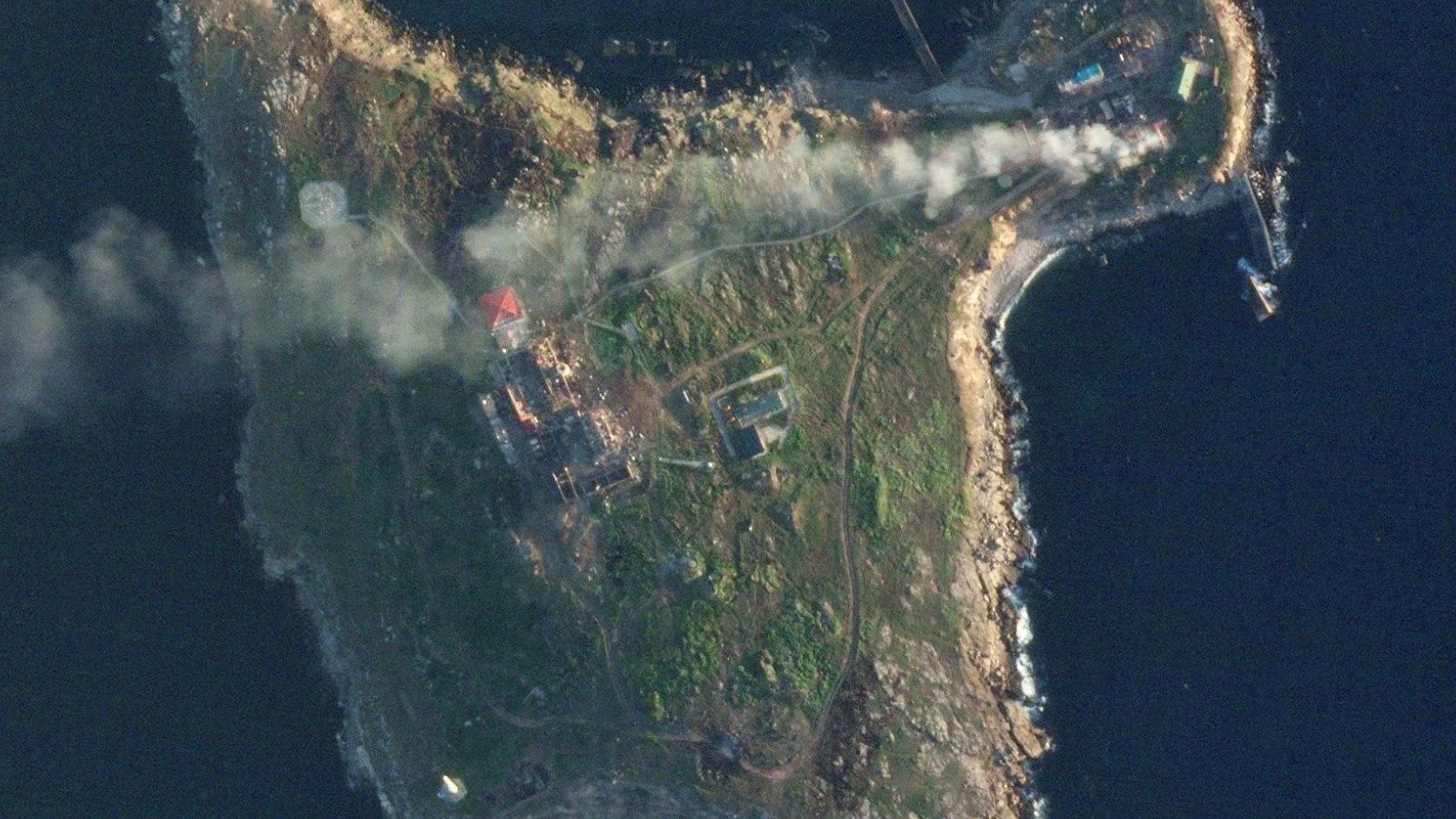 A remote island off Ukraine occupied by Russia on the first day of its invasion has, as Kyiv steps up efforts to retake it, become the focal point of what some defence officials believe may become a battle for control of the western Black Sea coast.

Both countries have reported renewed fighting around Snake Island, which achieved worldwide fame in the conflict’s first hours when Ukrainian border guards stationed there rejected a Russian warship’s demand for their surrender. “Russian warship, go fuck yourself,” one soldier was recorded as saying.

In a Wednesday update on the war, Britain’s defence ministry said fighting continued there, with Russia “repeatedly trying to reinforce its exposed garrison”. The fightback by Ukraine for the island, located near its sea border with Romania and covering just 0.17 square km, could decide if Russia is able to establish a defensive base there and thereby exercise dominance over the north-western Black Sea, the ministry said.

Border guard Roman Hrybov’s declaration of defiance to the Russian cruiser Moskva became symbolic across the world of Ukraine’s resistance to the invasion that Russia calls a “special military operation”. It was reproduced on posters, T-shirts and stamps throughout the country.

Initially reported dead, Hrybov and his fellow guards were later freed in a prisoner exchange. He was decorated for bravery on his release while the Moskva subsequently sank.

With the resumption of hostilities near Snake Island, Russia and Ukraine have made competing claims about the situation there. In a May 9 online interview, Ukrainian presidential advisor Oleksy Arestovych the island was a liability for Russia, calling it a “new Chornobaivka”, referring to an airbase near the Russian-occupied city of Kherson where Ukrainian forces say they have repeatedly destroyed Russian equipment.

The Ukrainian military has released footage, which Reuters has independently verified, of a drone strike on a helicopter landing troops on the island. But in a May 7 briefing, Russia’s defence ministry spokesman major general Igor Konashenkov said Russian forces had destroyed Ukrainian helicopters, planes and drones, averting an attempt to retake it.

A May 10 Facebook post by the municipal head of Orakhiv, a village in Ukraine’s Vinnytsia region, said a 34-year old soldier from the village, Vasyl Ilchuk, was killed while performing “an extremely difficult mission” in the Snake Island area. Arestovych attributed the fighting for the island to tactical blunders by Russia, rather than to a wider play for control of the Black Sea.

“It’s a major advantage for us,” he said. “…I support the Russian army holding Snake Island. And that we hit them and hit them over and over.”