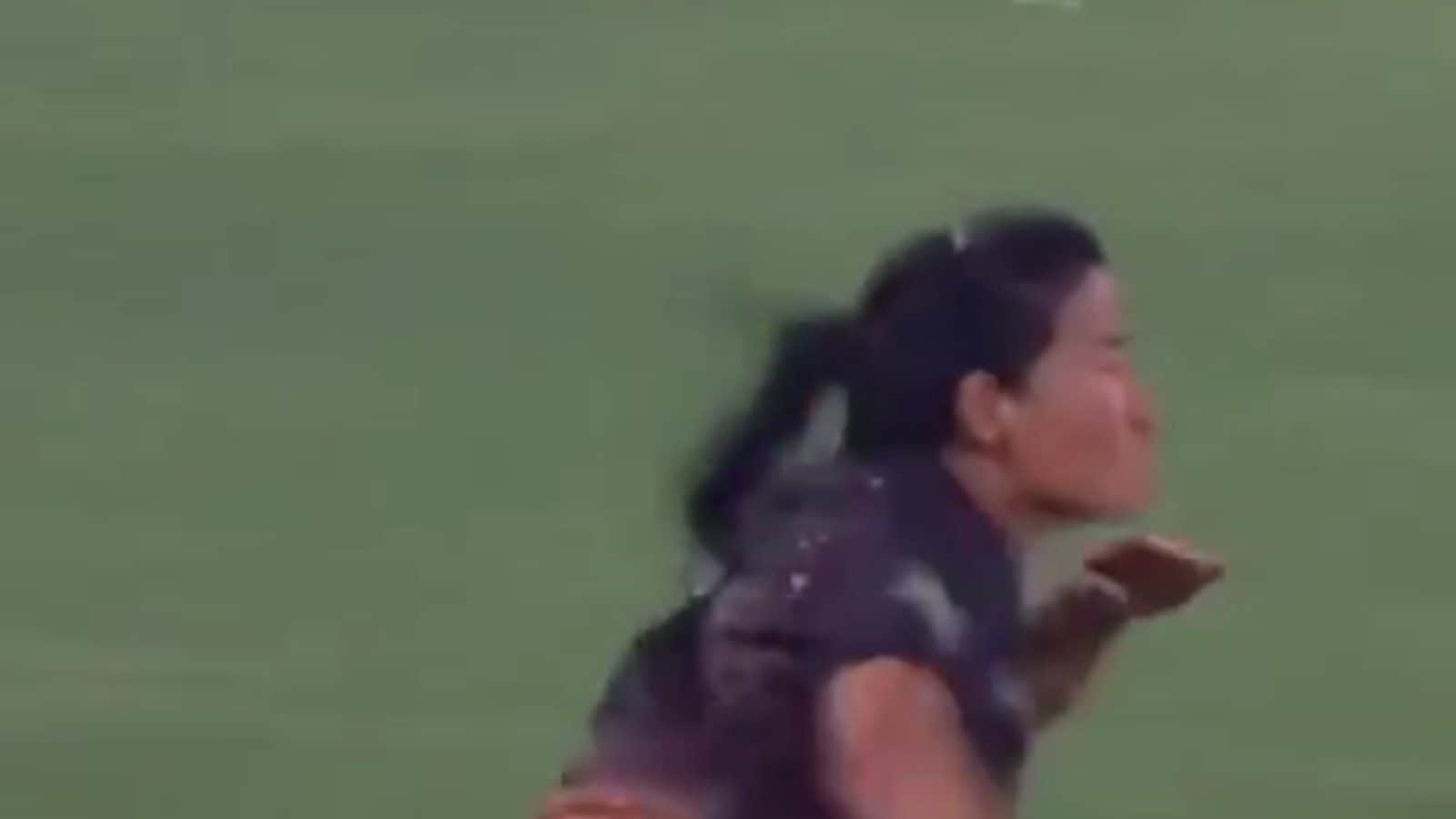 The ‘Pushpa’ fever on the cricket field doesn’t seem to be dying anytime soon. After Ravindra Jadeja and Rajasthan Royals’ Obed McCoy celebrated their wickets with the popular Pusha move during the ongoing IPL, Telegu star Allu Arjun’s signature step from the film has now reached women’s cricket. Nepal’s Sita Rana Magar was seen using the popular Pusha move after picking a wicket during the FairBreak Invitational Tournament in Dubai. Playing for Tornadoes Women against Sapphires Women on May 5, Magar celebrated the wicket of Gaby Lewis by moving her hand under her chin, just like protagonist Allu Arjun does in Telugu blockbuster Pusha: The Rise.

A video of Magar’s celebration was posted by International Cricket Council (ICC) on its official Instagram page with a caption that read, “It’s gone so far on social media. Nepal’s Sita Rana Magar with the most popular celebration currently.”

The FairBreak Invitational Tournament began on May 4 with a total of six featuring women cricketers from across 35 countries. Hosted by Hong Kong Cricket, the tournament was initially slated to be held in Hong Kong but was later moved to Dubai due to COVID-19 restrictions and sanctions by ICC.

Of the total 90 players participating in the tournament, 40, including the likes of Sune Luus, Suzie Beats, and Sophie Devine are from full member countries whereas the remaining 50 are from associate nations. The players have been divided into teams by the organisers instead of the usual practice of draft or auction of selection for such leagues.

Initially, Indian players were also supposed to participate in the tournament, however, BCCI refused to give a NOC citing players’ national commitment and a packed calendar.

The finals of the FairBreak Invitational Tournament will be played on May 15.

Former Australian skipper Lisa Sthalekar and inter-personal best-practice expert Shaun Martyn first launched FairBreak with an aim to facilitate women’s cricket growth after the 2013 World Cup. While they continued to hold exhibition matches since then, it will be their first venture into a multi-team tournament.