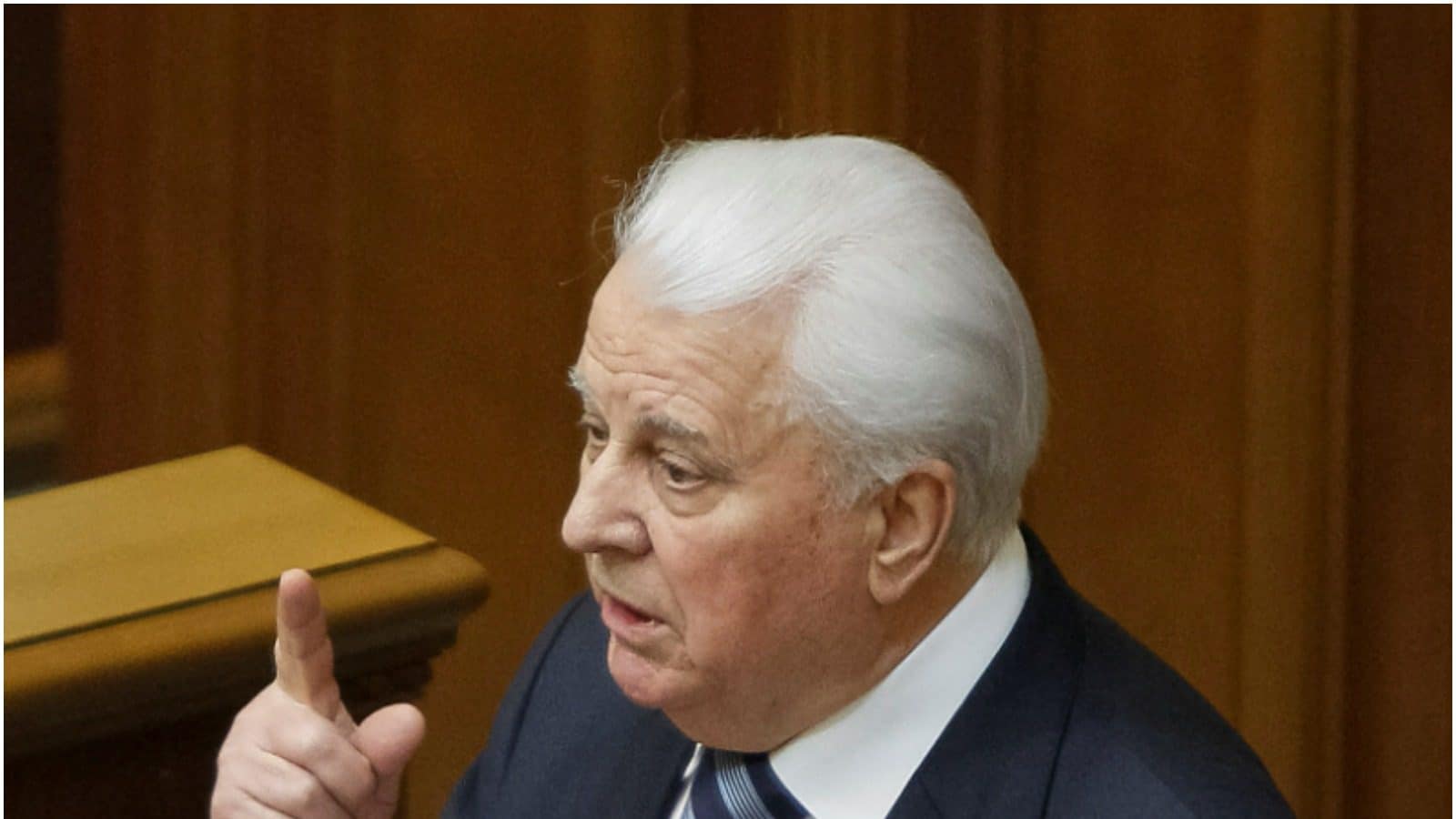 Ukraine’s first president Leonid Kravchuk, who led the country through the tumultuous early years of independence and agreed to give up its Soviet nuclear arsenal, died on Tuesday, the presidency said. He was 88.

President Volodymyr Zelensky described Kravchuk as a “historic figure” and praised his role in steering the nation through the painful period of the Soviet break-up.

“He was a person who could always find wise words and say them in such a way that all Ukrainians would listen,” Zelensky said in an address to the nation. “It’s especially important in moments of crisis, when the future of a whole country can depend on the wisdom of one person.”

A former powerful Communist party official, Kravchuk was known for his cunning political style, which helped him become the first leader of post-Soviet Ukraine but did not save him from popular discontent.

A grey-haired man with a sly smile, Kravchuk proved to be a master of political intrigue when in the chaos of the Soviet break-up he gave up his top Communist post just to emerge in a matter of weeks as the leader of a new state called Ukraine.

Kravchuk, who earned the nickname of “cunning fox”, managed to rise to the country’s top post as a compromise figure for communists and nationalists.

His tenure, however, was rocked by galloping inflation and corruption scandals during the privatisation of state-owned enterprises.

Kravchuk was voted out of office three years into his term, amid economic turmoil and following his controversial decision to give up the country’s nuclear arsenal and transfer it to Russia.

Kravchuk was born in 1934 to a peasant family in then-Polish territory, which now is a part of western Ukraine.

A graduate of a special Communist party high school, he spent 30 years rising through the ranks of the party’s propaganda department before resigning immediately after the Soviet coup attempt in August 1991.

As a speaker of the parliament of the Ukrainian Soviet Republic, Kravchuk managed in a matter of days to persuade the communist majority to proclaim Ukraine as an independent state on August 24.

In the next political somersault in December that year, Kravchuk ran as an independent candidate and was elected president in the country’s first democratic election.

But the victory of Kravchuk, who had been deeply embedded in the communist system, was seen by many as a lost chance to follow Baltic and Eastern European states on the path of painful but successful reforms.

Instead, in 1992-1994 the inflation rate was in the thousands and dozens of banks went bankrupt, delaying salary payments to millions of Ukrainians across the country.

As a sad symbol of that era, a small two-wheeled cart, in which impoverished Ukrainians carried modest goods to sell them at outdoor markets to make ends meet, was called “kravchuchka” (Kravchuk’s bag).

In addition, newly independent Ukraine found itself under pressure from the United States and Russia, who feared chaos, to surrender its nuclear weapons inherited from the Soviet Union.

In 1993, Kravchuk agreed to transfer all Ukraine-based nuclear weapons, which included dozens of intercontinental ballistic missiles and strategic bombers, to Russia in exchange for compensation to be paid for each nuclear warhead.

Later, when the war with Russian-backed separatists broke out in 2014, Kravchuk’s decision to give up nuclear weapons was recalled by many as a mistake.

The accord, signed by then-Russian president Boris Yeltsin, also paved the way for Kyiv to sell part of the former Soviet Black Sea Fleet to Moscow, a decision that caused discontent among many Ukrainians and caused Kravchuk’s popularity to plummet.

In 1994, political crisis triggered an early presidential vote, which Kravchuk lost to his former prime minister Leonid Kuchma, who was considered to be a pro-Russian candidate.

Soon after the defeat, Kravchuk joined an oligarch-led party and was elected lawmaker in 1998. In 2009, he left the Social Democratic party, which was sharply criticised for its pro-Russian stance.

In 2020, 86-year-old Kravchuk made a brief political comeback, accepting an offer from President Volodymyr Zelensky to become a top Ukrainian negotiator in talks with Moscow over settling the separatist conflict in the east of the country.

The conflict turned out to be a prelude to Russia’s current war against Ukraine, which has killed thousands, leveled cities around the country and caused millions of Ukrainians to flee their homes.

In his speech Tuesday evening, Zelensky said that Kravchuk, who lived through Nazi occupation during World War II as a boy, understood the horror of war.

“Leonid Makarovych knew the cost of freedom and he wished for peace for Ukraine with all his heart,” Zelensky said. “I am sure that we will make that happen, we will achieve our victory and our peace. Eternal respect and memory to the first president of independent Ukraine.”