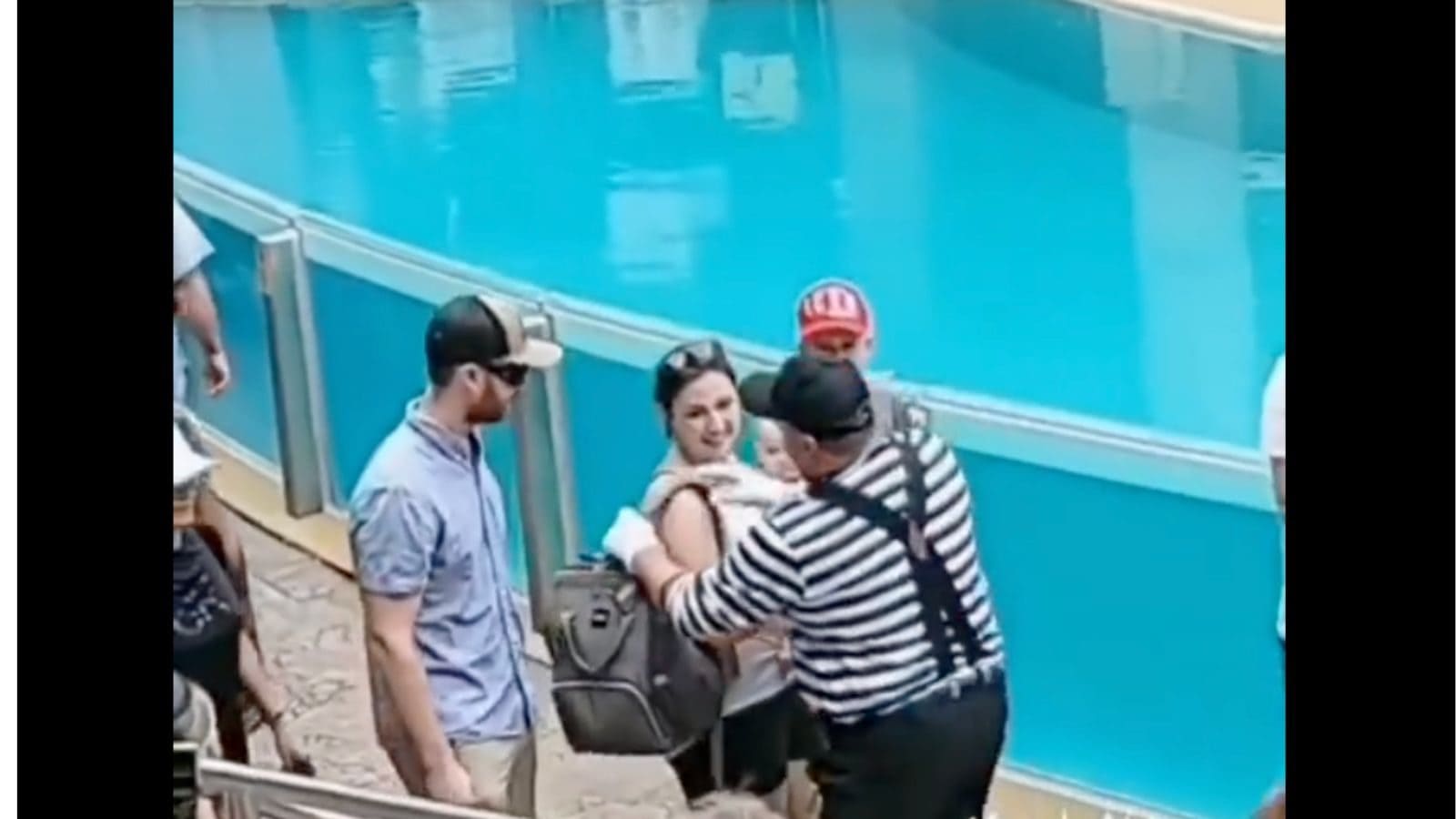 A clip going viral on social media shows a father being called out by a mime actor for not helping his wife with the load that she was carrying. The video, originally shared on TikTok, was catapulted to other social media platforms in no time.

Shared on Twitter by a user named Tansu Yegen, the video begins with a mom carrying a bag on one shoulder and holding her baby with her other hand. Walking alongside a pool at what appears to be a tourist spot, she is interrupted by a mime actor. As she turns, the mime actor seems to be asking if she is related to the man behind her.

Upon getting an affirmative nod from the mom, the mime artist takes the bag off of her shoulders and gives it to the father. The couple then walks off the frame as the crowd claps for the gesture shown by the mime artist. The clip was captioned, “Nice behaviour from a stranger!”

Since being shared, the video has racked up more than 20 lakh views and thousands of likes, comments, and retweets. Netizens were divided over the gesture as some supported equal responsibility.

Only the man was left to be carried by her along with the kid, bag and herself. Some men really needs such strangers to teach them how to be responsible 👍@TansuYegen https://t.co/qvy3FsDf0J&mdash; Sadaf (@Sadaf236575532) May 8, 2022

However, some refrained from judging the situation without knowing the backstory and sided with the dad.

Nice behaviour? Makes the guy look bad in front of so many people.Nice would have been had he told the guy politely to help his wife. https://t.co/O5bLEapAes&mdash; علی گوندل۔ (@Gondalism) May 8, 2022

This is intrusive. I would get very angry at that person.It&#39;s between those two people. The couple is really kind and didn&#39;t create a scene.Wonder where will public policing of private relationships will end. https://t.co/sy4jhLhkAF&mdash; Husnain Waris (@HusnainJ253) May 8, 2022

Dude should mime his own business…&mdash; Do You Have An Uncut Master Set? (@CardsFromAttic) May 7, 2022

The users were equally divided on other platforms as well. On TikTok, the clip, which is reportedly from Sea World, Orlando, amassed roughly 1.2 crore views and eventually reached the couple. The mother in the video was seen defending her husband in the comment section, as reported by Newsweek. Identifying as “Me and my husband,” the woman said that they found it hilarious but were confused initially.

Addressing the comments, she said, “We literally just parked the stroller – which he pushed ALL day. He is seriously the best husband and father.” She added that she took the bag, which had diapers in it, as the bag was anyway going to be “put down in less than five minutes.”

Seems like the Internet was quick to reach a conclusion.