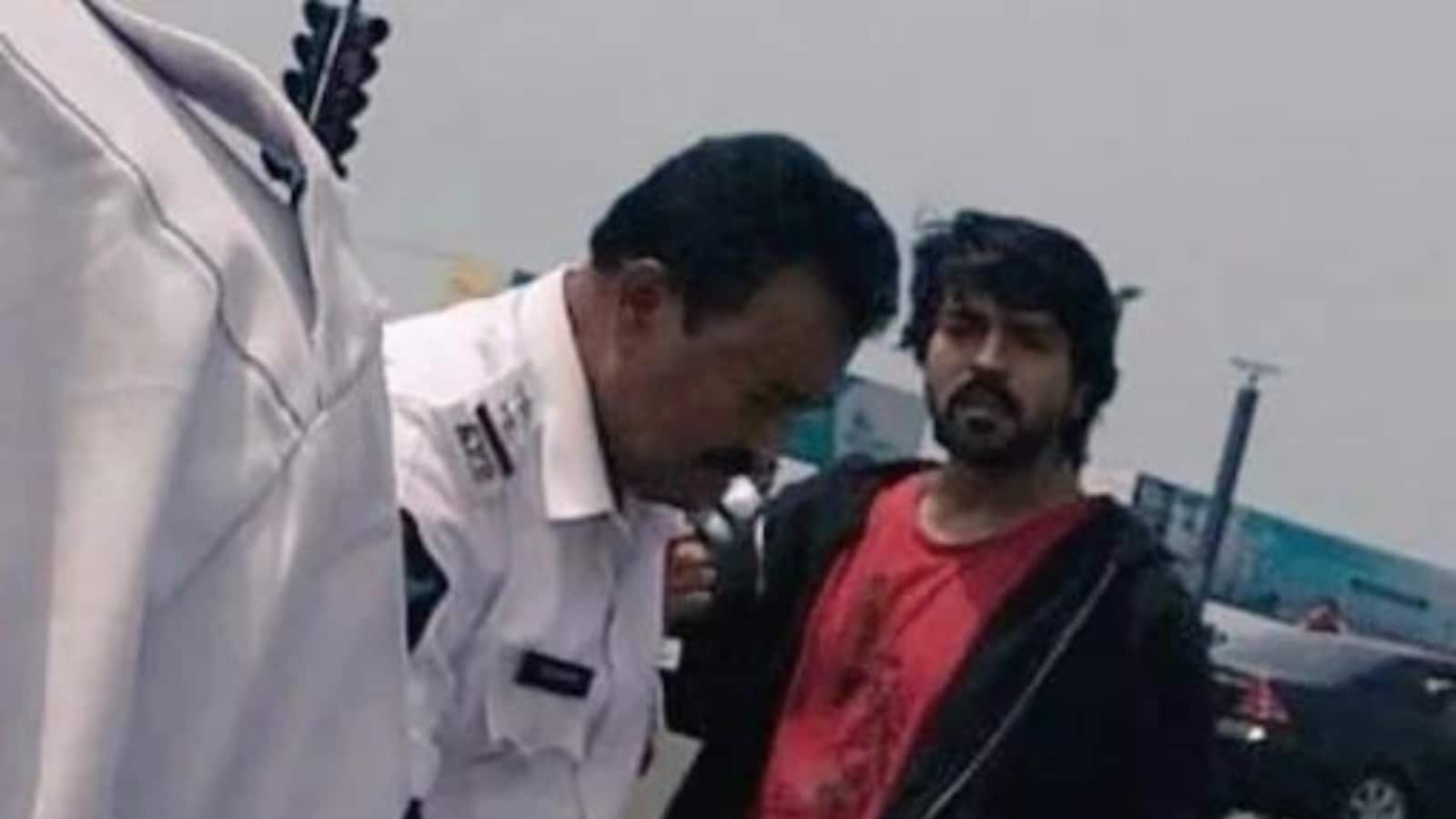 The year 2022 has so far brought mixed results for Ram Charan. Following the mega success of RRR, Acharya, which featured him alongside his father Chiranjeevi, failed massively. Not dampened by failures, Ram Charan has embarked on completing his upcoming project titled Sarkarodu, which was earlier titled RC 15. Recently, a still from the shooting of the film surfaced on Twitter.

In the leaked scene, Ram Charan is dressed in a red shirt and black jacket. He looks tense in the photo. Ram Charan is surrounded by traffic policemen. The photo was shared with the caption stating that Ram Charan is shooting for RC 15 in Vizag. Ram Charan’s fans swooned over their favourite star and wrote that Cherry (Ram Charan’s nickname) always cares for his looks. According to reports, the location of this leaked scene is Rajahmundry.

Talking about Sarkarodu, the shooting is currently underway in Visakhapatnam. Recently, the makers were left tense over continuous leaks on social media.

Ram Charan’s stylish looks and charismatic presence were admired a lot on the posters of Sarkarodu. Besides Ram Charan, Kiara Advani, Sunil, Jayaram, Anjali, Naveen Chandra, Meka Srikanth and Rajasekhar Aningi feature in this film. S.J Surya will play the role of antagonist. Reports indicated that makers are planning to release Sarkarodu during the 2023 Sankranthi season.

Sarkarodu is bankrolled by Dil Raju and Shirish under Sri Venkateswara Creations. S. Shankar has directed this film. Karthik Subbaraj has penned the story for Sarkarodu. Sai Madhav Burra has penned Telugu dialogues for Sarkarodu.

Meanwhile, rumour has it that the streaming rights of the film have been acquired by Zee for around 200 crores. Sarkarodu is touted to be a political drama based on election reforms. Ram Charan will play the role of a civil service officer. Srikanth will enact the CM’s character. S. Thaman will compose music for this film. S. Tirru has handled the cinematography for this project.