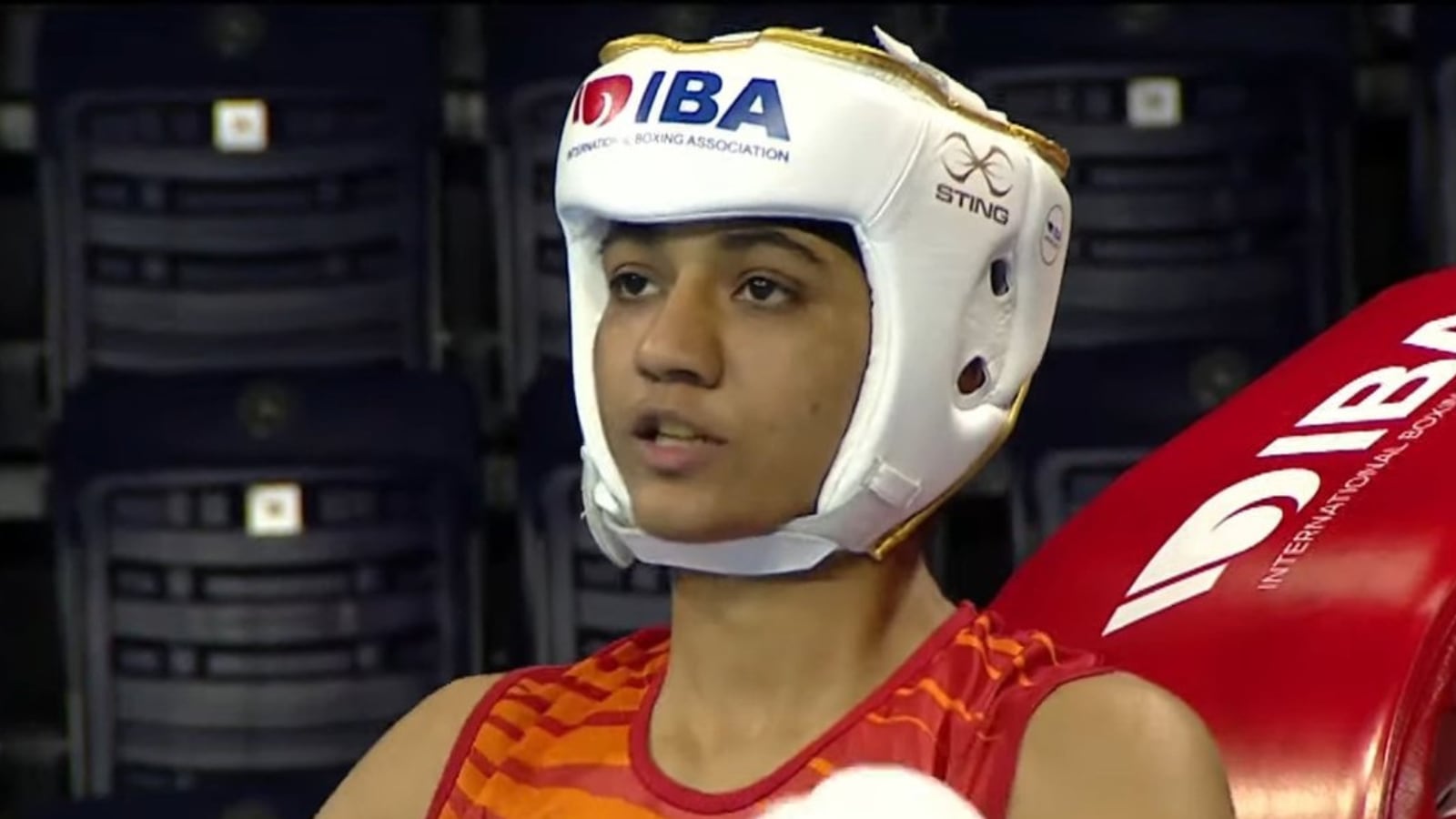 India’s Nitu (48kg) put up a dominant display in her debut appearance at the IBA Women’s World Boxing Championships as she outpunched Romanian veteran Steluta Duta to enter the round of 16 in Istanbul on Tuesday.

The two-time former youth world champion Nitu continued her sublime form from the Stradja Memorial tournament earlier this year, where she clinched the gold medal in her maiden appearance, as she dominated all three rounds to win her opening bout by unanimous decision.

Both the boxers were aggressive from the onset, landing punches on each other. But the young Indian proved too much for the 40-year-old Romanian.

The two continued to attack in the second round with Nitu using her height advantage as Duta, a three-time world championship silver medallist, struggled to keep her momentum going in the electrically charged round of 32 bout.

The 21-year-old from Haryana then landed a flurry of punches in the third round as the last three minutes were closely-fought between the two. But Nitu defended tightly and looked in control to emerge victorious.

Incidentally, all three of Duta’s silver medals at the event came from losses against an Indian — six-time world champion M C Mary Kom, who withdrew from the tournament.

Nitu will take on Spain’s Marta Lopez Del Arbol in the round of 16 on Saturday.

Manisha (57kg), Parveen (63kg) and Saweety (75kg) will also begin their challenge in the round of 32 on the third day of the prestigious event, which has been witnessing a record participation of 310 boxers from 73 countries across the world.

Manisha, who received a bye in the opening round, will square off against Nepal’s Kala Thapa, while Parveen and Saweety will take on Ukraine’s Mariia Bova and England’s Kerry Davis respectively.

On the opening day of the competition, Tokyo Olympics bronze medallist Lovlina Borgohain made a winning return to the international circuit after clinching a thrilling 3-2 victory against two-time world championships medallist Chen Nien-Chin of Chinese Taipei.