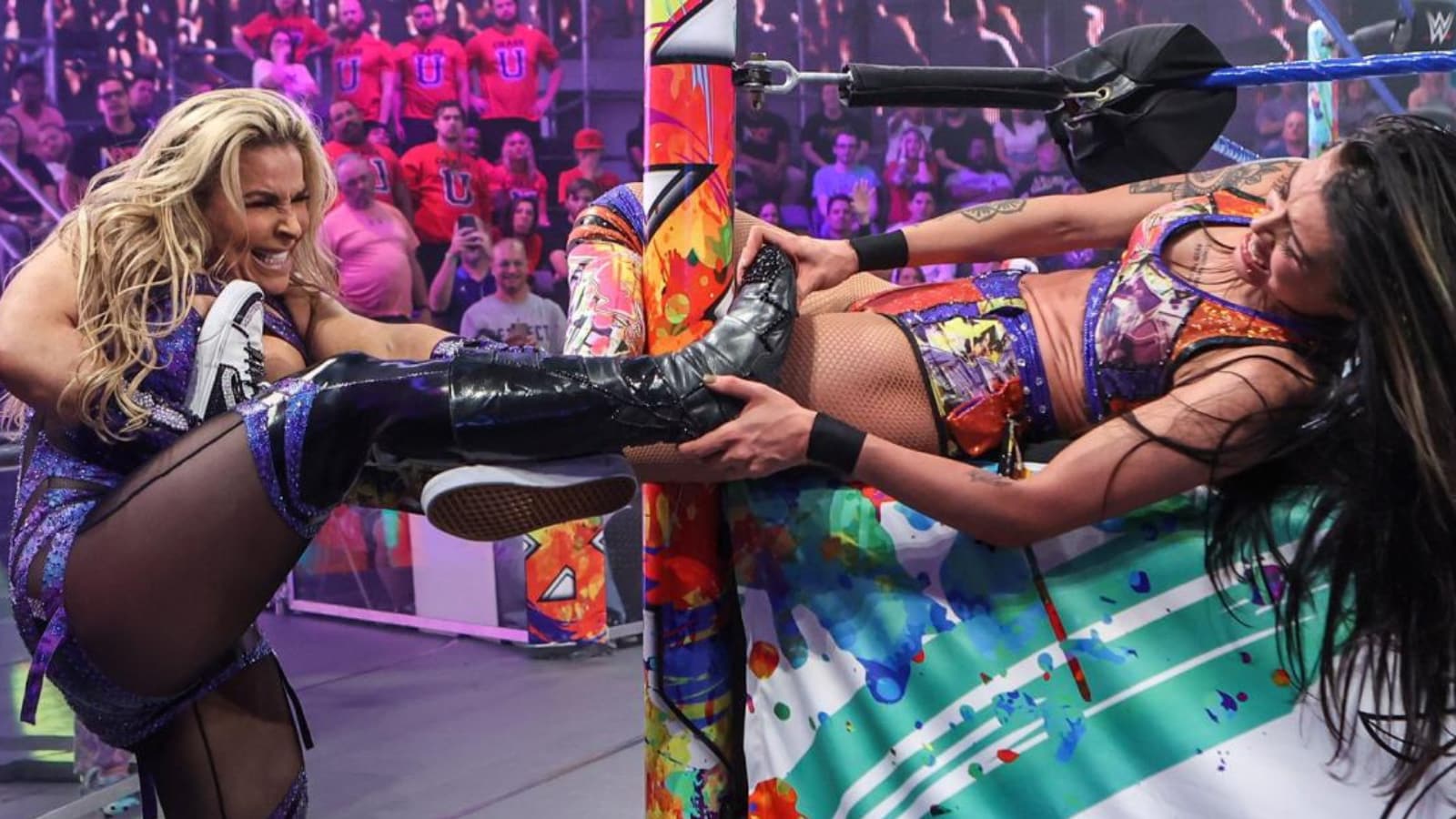 Women wrestlers took centre stage in the latest edition of NXT 2.0. The May 10 episode of NXT 2.0 featured a packed match card which included a blockbuster match between Toxic Attraction and Wendy Choo & Roxanne Perez for the NXT Tag Team Championship.

Last night’s NXT 2.0 also had a terrific match between Natalya and Cora Jade.

Here are all the highlights from a wild episode of NXT 2.0.

In the closing stages of the match, Perez tried to execute the Canadian Destroyer on Dolin but Jayne hit her with a devastating Superkick. Consequently, Dolin got the pin and registered a fine victory.

This was the first major match for the 19-year-old, Sloane Jacobs.

Even though the two of them went back and forth initially, Jacobs never looked confident against Fallon Henley. Henley started to dominate after Josh Briggs and Brooks Jensen arrived at the ringside to support her. Henley finished the match off a Shining Wizard.

Alba Fyre made an impressive start to the match as she delivered a devastating crucifix pin on Amari Miller after a series of moves.

At the end, Fyre tried to land a Gory Bomb but Miller countered it successfully. Fyre then hit Miller with a headbutt and the Fyre Bomb. Fyre finally finished the match by hitting Miller with the brutal Swanton Bomb.

Grayson Waller and Tiffany Stratton vs. Andre Chase and Sarray

In the match, Chase and Sarray showed better coordination as a tag team than Waller and Stratton.

Stratton and Waller fought like hell but it wasn’t enough. Stratton even managed to hit a spinning senton out of the corner on Sarray. But at the end, Sarray rolled her up to pick up the win.

Arianna Grace started off strongly and took Nikkita Lyons down before locking in an armbar.

But at the end, Lyons landed a devastating German Suplex on Grace. Lyons capitalized on her previous move and followed up with the spinning kick. Lyons finished the match in an impressive fashion by executing a split-legged splash.

In this brutal clash, Natalya used the ring post to damage Jade’s legs. Jade tried to counter by locking in the Sharpshooter but her injured knee hampered her grip. Natalya turned around and managed to lock in the sharpshooter.

Jade couldn’t hold on for long as Natalya picked up the win via knockout.