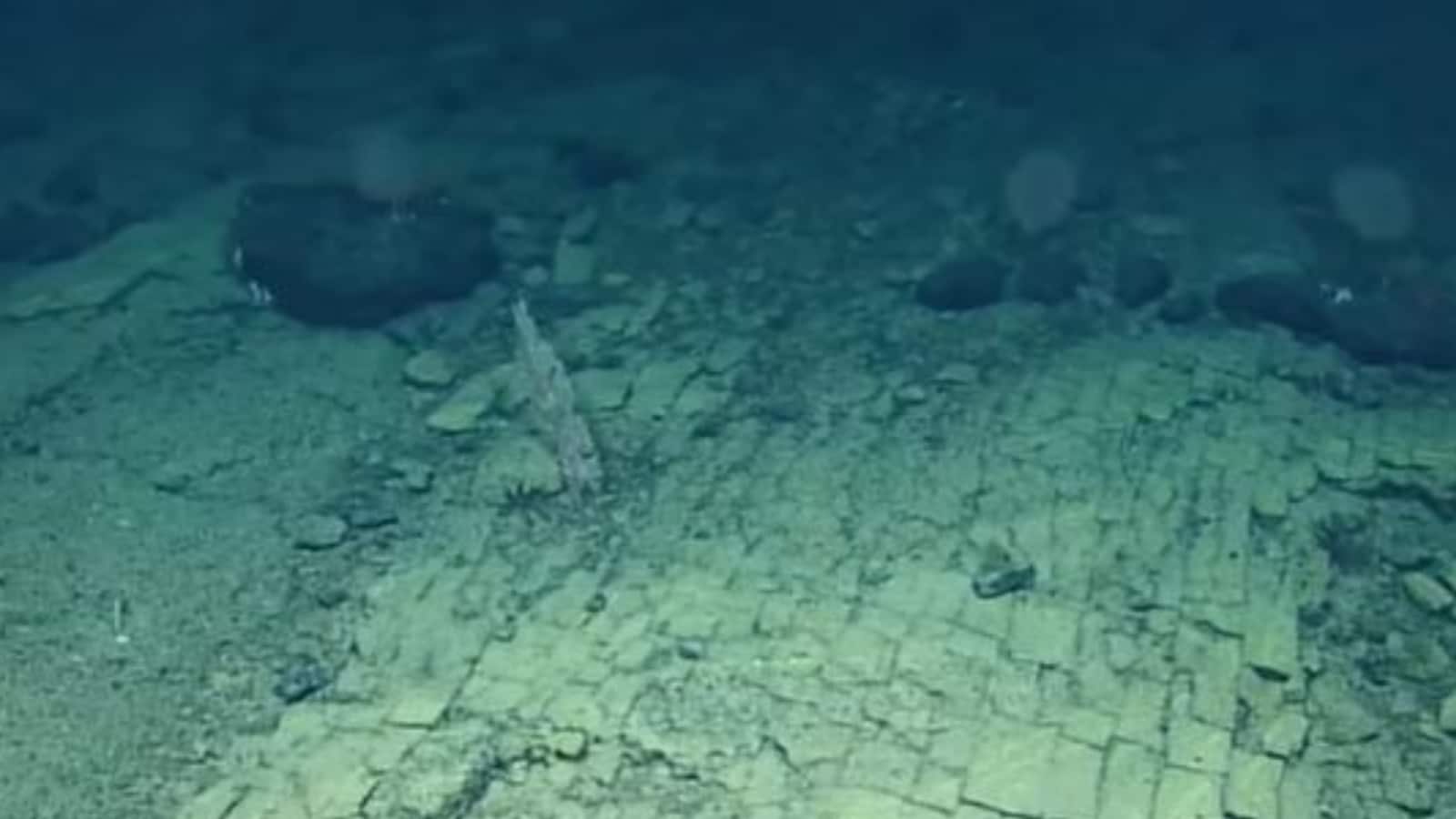 A deep-sea exploration at one of the largest marine conservation areas revealed an eerie sight in the world under water. The expedition was being carried out by the researchers at the Ocean Exploration Trust when they found what seemed to look like a paved road. Being touted as the “yellow brick road” and “road to Atlantis” by the researchers witnessing the eerie scene, the paved area was spotted using the exploration vessel named Nautilus. The vessel, at the time of the discovery, was snooping around the Papahanaumokuakea Marine National Monument (PMNM) off the Hawaiian Islands, as per the Nautilus website.

Spanned across 15 lakh sq. kilometres, PMNM is a world heritage site and also includes the North-western Hawaiian Islands. Nautilus was exploring the Lili’uokalani Ridge when researchers noticed this never-before-seen sight. EV Nautilus shared the moment when it stumbled upon the paved road-like structure. However, it is no road to the mythical city of Atlantis. In fact, Nautilus’s YouTube page shared, it’s really only “an example of ancient active volcanic geology”.

The vessel was at about 1000 m of depth when it reached a dry-looking surface, which was surprising since it is located under water. “This is bizarre,” said one scientist. “It’s like brick. This is weird,” another scientist is heard saying in the video.

Nautilus helped surface this finding at the Nootka Seamount, which is considered a shallow exploration site. There are multiple points enclosed within the PMNM, where the depths go beyond 3,000 m. The PMNM is a very large area, and as of now, only 3 percent of the entire area has been explored.

Nautilus has been exploring this area and the vicinity since April now. The best part about these expeditions is that not only researchers but anybody with an internet can watch these explorations live. The Ocean Exploration Trust aims at reaching depths where no human has ever been and learn more about the Earth’s hidden geology.