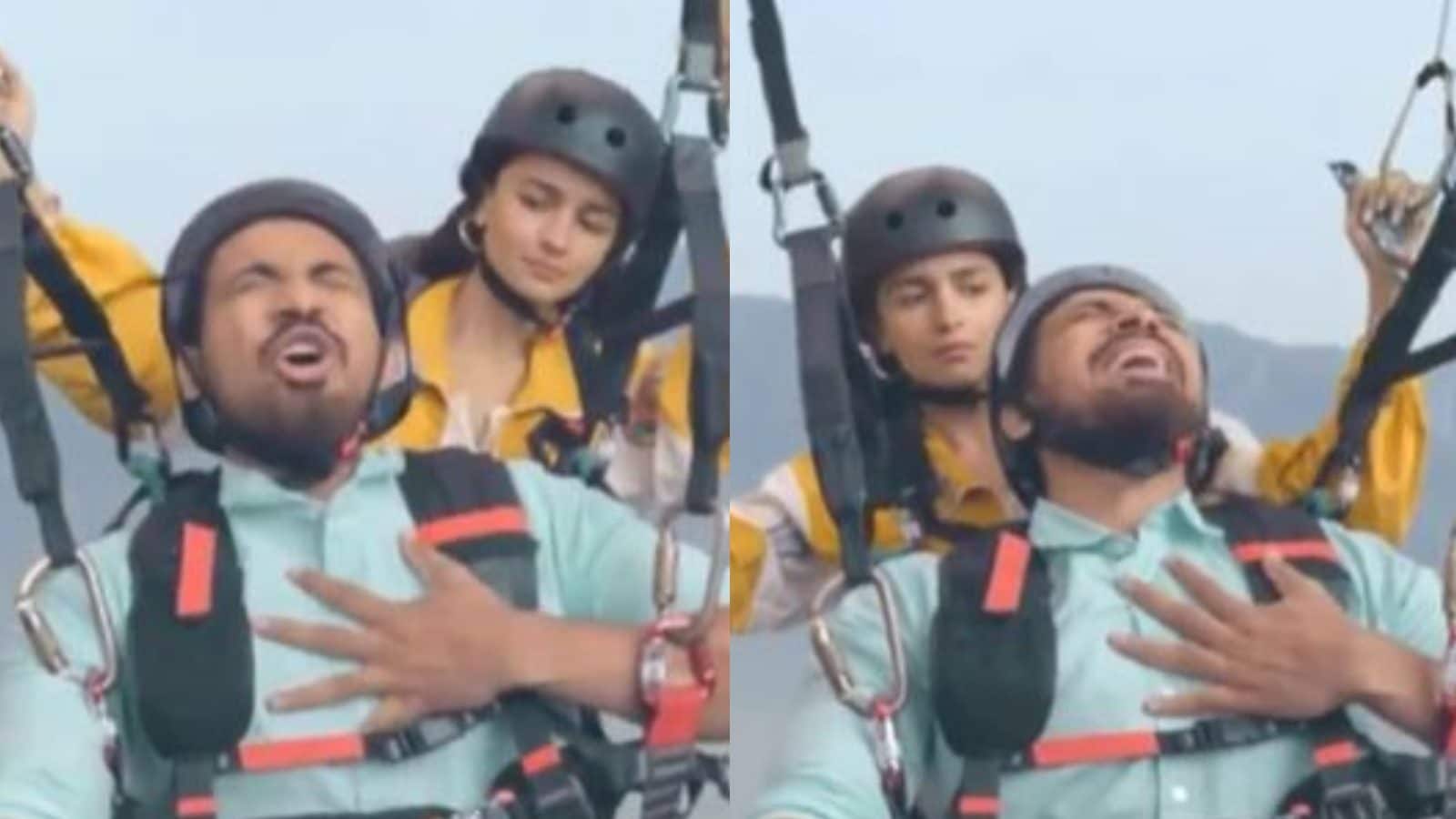 Vipin Kumar Sahu, the man who became part of a viral paragliding video meme in 2019, is now starring in an advertisement with Bollywood star Alia Bhatt. Earlier this week, Vipin shared the video of a commercial for a chocolate brand where he was seen reliving the terrifying paragliding experience, but this time he was flying with none other than Alia. Vipin also recreated his famous dialogue, “Land kara de (please make me land).”

In the new video shared by Vipin on Instagram, he can be seen wearing the same turquoise shirt while holding a selfie stick in mid-air. He says in Hindi, “It’s foggy all around. I was crazy to come here.” While Vipin goes through all sorts of roller-coaster emotions, his flying instructor, Alia, is all calm and composed. Dressed in a yellow and white jacket, Alia watches Vipin lose his cool. Vipin continued to repeat some of the memorable dialogues from his 2019 viral video as he said, “I don’t want a long ride. Bhai 500 zyada le le par land kara de (Take 500 rupees extra but please let me land sooner).” That is when Alia takes out a chocolate bar and hands it to him to calm him down.

Sharing the commercial on the social media platform, Vipin wrote in the caption, “Who said a meme can’t achieve the heights? Who said a meme has just a life of 1 -2 months ? Breaking all the bakwas stereotypes and shooting with Alia Bhatt.” Sharing his experience of working with Alia, Vipin wrote, “I got nervous in the first shot because, I can’t even imagine that one day we both will sit together and have chit chat.” Vipin also mentioned that although he does not remember Alia’s hair dresser’s name but he cannot thank him enough.

People in the comment box also congratulated him on his achievement. One of the followers commented on Vipin’s recent post and wrote, “Perfect brand ambassador.”

Another joked, “[You] really landed at a good place.”