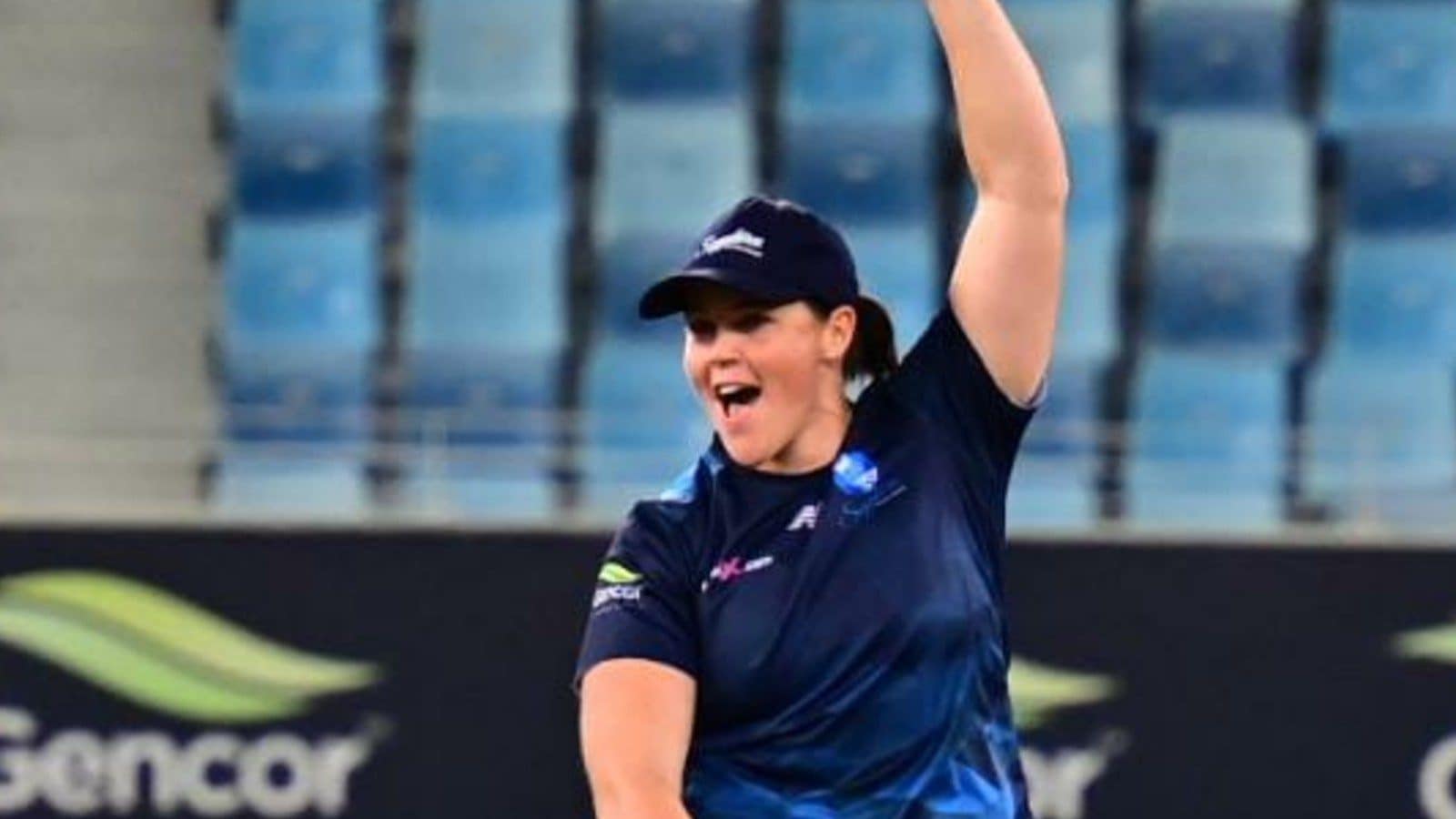 Australia’s Grace Harris became the first cricketer in the ongoing edition of the FairBreak Invitational Tournament 2022 to claim a hat-trick. The Sapphires Women spinner bowled four overs against Barmy Army Women and claimed a stunning fifer conceding just 22 runs. But her superb bowling display went in vain as her side had to suffer a six-run defeat in the game.

With seven wickets from four matches the 28-year-old spinner is currently at the third spot in the list of highest wicket-takers in the tournament.

Coming back to the game, Harris picked up her first wicket after dismissing Barmy Army opening batter Deandra Dottin (28 off 27 balls) in the fifth over. She claimed her second wicket in the 19th over as she sent Roberta Avery (17 off 29 balls) back to the dressing room. Later, in that over she achieved a hat-trick as she picked up the wickets of Laura Wolvaardt (65 off 45 balls), Fatima Sana (1 off 3 balls) and Laura Cardoso (0).

Batting first, Barmy Army Women registered a total of 148 runs losing eight wickets in 20 overs. Their South African batter Wolvaardt turned out to be the highest scorer. For Sapphires, Shabnim Ismail and Tash Farrant and Sana Mir picked up one wicket each in the innings.

Sapphires started their run chase on a positive note. Harris once again exhibited a superb show as she scored 31 runs off 20 balls to become her side’s highest run-scorer in the game. But Harris failed to get a telling support from her teammates. Eventually, they managed to reach 142/7 in 20 overs.

For Barmy Army Women, their spinner Rumana Ahmed scalped three wickets to earn a crucial victory for her side. After this win, the Heather Knight-led side jumped to second spot on the points table. With three wins from four matches they have till now bagged 11 points.

On the other hand, Sapphires Women are at fourth spot in the standings with eight points from five games.