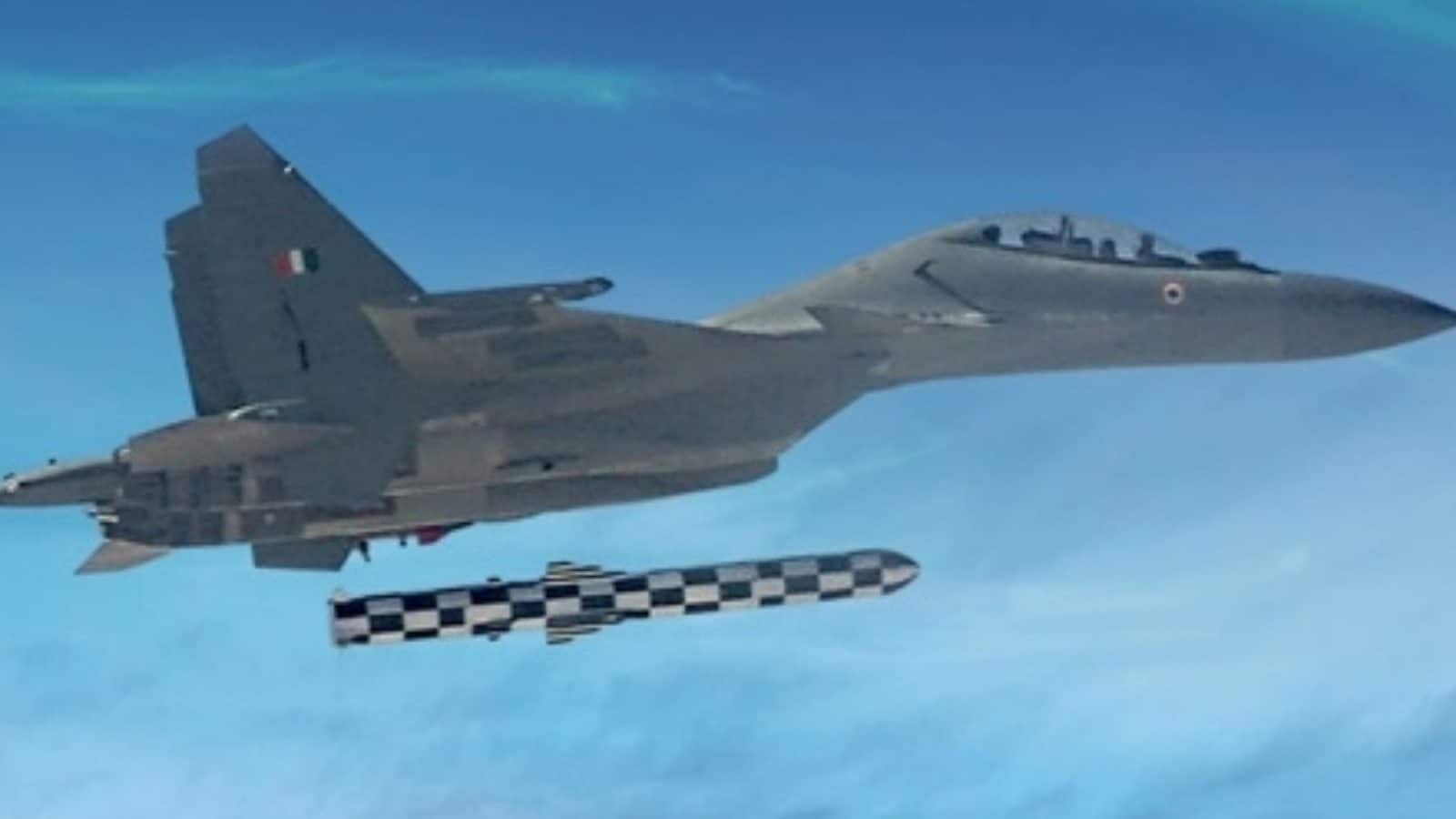 The range of the advanced version of the missile is learnt to have been extended to around 350 km from the original 290 km. “The launch from the aircraft was as planned and the missile achieved a direct hit on the designated target in the Bay of Bengal region,” the ministry said in a statement.

Extended Range Version of the #BrahMos Air-Launched missile was successfully fired from Su-30 MKI fighter aircraft. The missile achieved a direct hit on the designated target in Bay of Bengal region, as planned.Press Release:https://t.co/0Jzje3nRIm (images are representational) pic.twitter.com/hvo3TQ5Dv2— A. Bharat Bhushan Babu (@SpokespersonMoD) May 12, 2022

The ministry said the extended range capability of the missile coupled with the high performance of the Su-30MKI aircraft gives the Indian Air Force (IAF) a strategic reach and allows it to dominate the future battlefields.

“With this, the IAF has achieved the capability to carry out precision strikes from Su-30MKI aircraft against a land/sea target over very long ranges. The dedicated and synergetic efforts of the IAF, Indian Navy, Defence Research and Development Organisation (DRDO), BrahMos Aerospace Private Limited (BAPL) and Hindustan Aeronautics Limited (HAL) have proven the capability of the nation to achieve this feat,” it said.

BrahMos Aerospace Pvt Ltd, an India-Russian joint venture, produces supersonic cruise missiles that can be launched from submarines, ships, aircraft, or land platforms. BrahMos missile flies at a speed of 2.8 Mach or almost three times the speed of sound.

In April too, the Indian Air Force successfully test-fired a BrahMos supersonic cruise missile from a Sukhoi fighter jet on the eastern seaboard.

(with inputs from PTI)