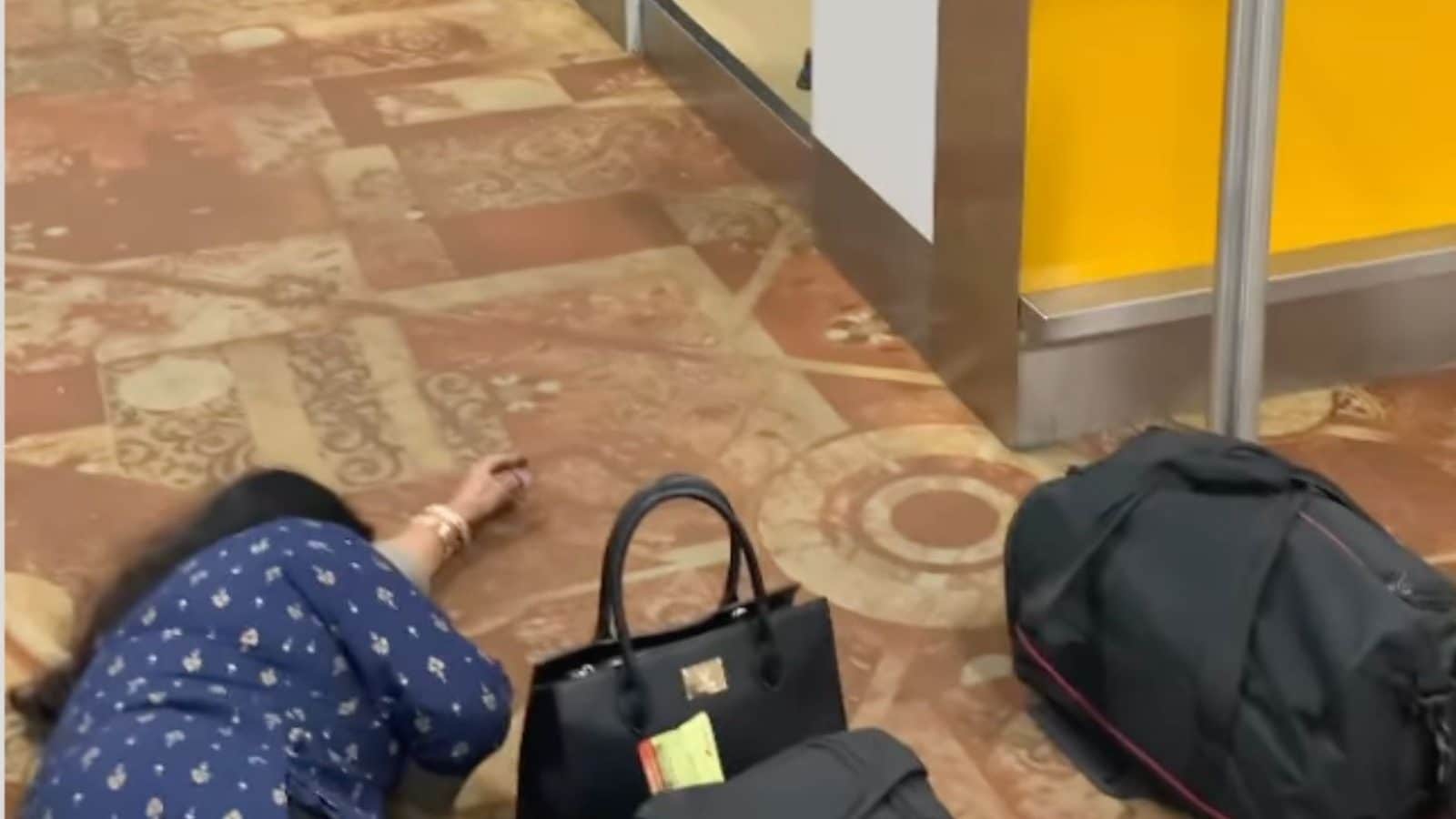 A strange video has taken over the internet shows a woman who suffered a panic attack after Air India staff allegedly denied her entry at the boarding gate. The video was uploaded by her nephew on Instagram as he urged people to keep forwarding it till it reaches their management and action is taken against the employees. Her nephew further alleged that the staff called security and forced the heart and diabetes patient out of the airport instead of calling for medical assistance. However, in response to the video, the airline has claimed that it is ‘misleading.’ Here is the video:

As per the video which has been uploaded, this is what happened. The woman and her two accompanying passengers faced technical issues at the security checkpoint and asked Air India staff to help them board on time. They claimed that they were denied assistance. After clearing security, they told Air India staff that they would reach the boarding gate in five minutes as they had a heart and diabetes patient with them. However, the gates were closed for them. Because it was the woman’s son final day of exam, she suffered a panic attack and fainted. It got even worse when she was asked to leave the airport and not offered any medical assistance.

Air India, in its statement said, “A video clipping is circulating on various digital platforms showing an incident at Delhi Airport involving one Air India passenger. It is conveying a misleading image of Air India being apathetic towards a passenger, who is seen lying near the gate.”

It further added how the airlines always accord top priority to passenger safety and comfort. “However, as a responsible airline, we have to adhere to rules laid down by the regulatory authorities and, in any case, we could not delay the flight especially when all passengers had boarded on-time. We hope this clears the air on the above issue.”

Since uploaded, the airline has become the target of extreme backlash. “Hope aunty is in a good health now. Air India is worst airlines. This is really very insensitive and bad behaviour by them. In cases of full refunds also they are really bad its been a year they have not refunded my returns,” wrote a person in the comment section.