Return of Ranil: Fate Pulls Wickremesinghe Back from Political Twilight to Save Sinking Lanka 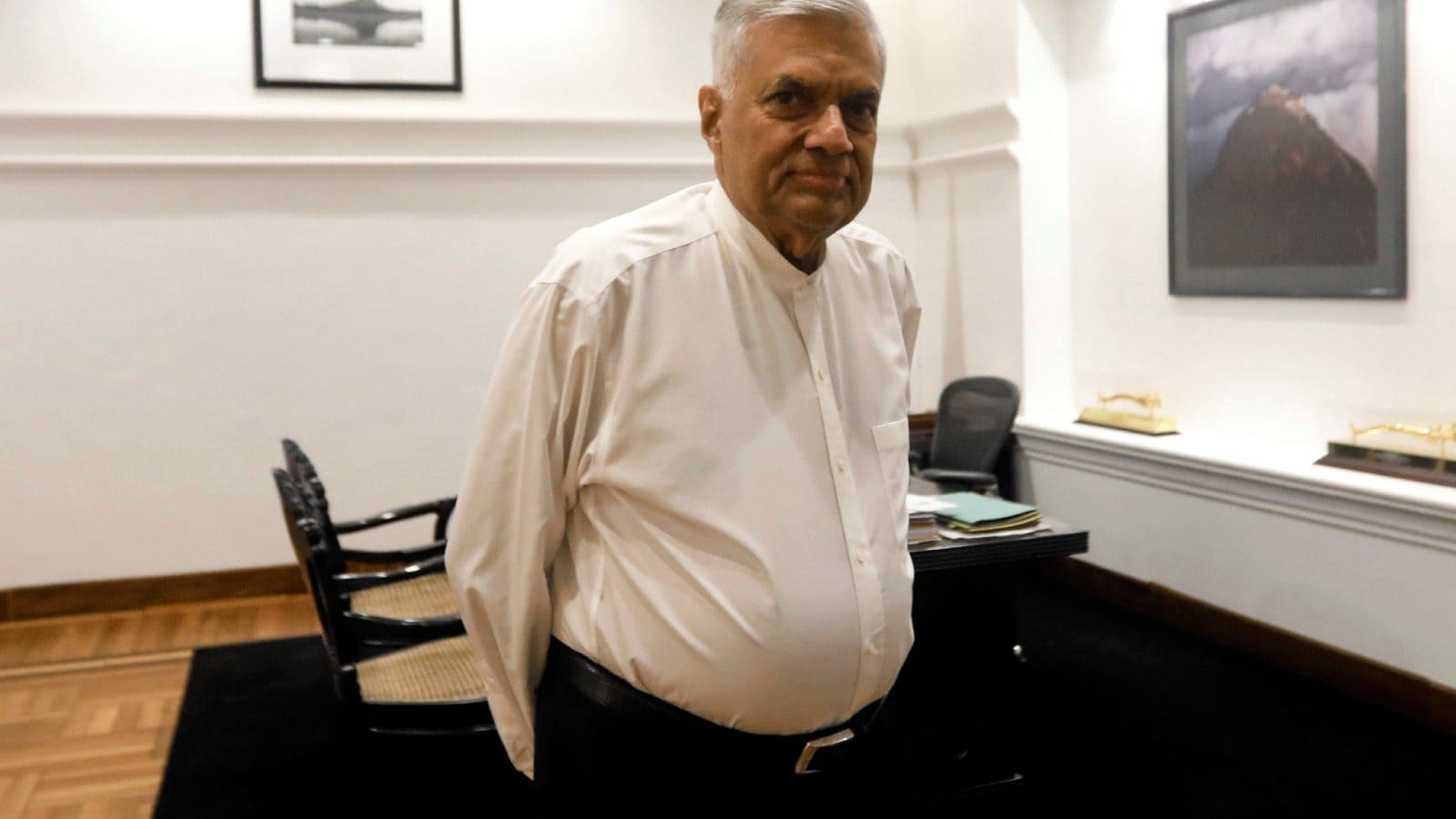 Ranil Wickremesinghe suffered his first parliamentary election defeat in 2020. He lost miserably from his seat Colombo and the United National Party (UNP), which he heads, was completely routed at the hands of the Rajapaksa brothers-led Sri Lanka Podujana Peramuna (SLPP).

The media and his own party colleagues wrote his political obituary the same day. Other UNP leaders had also openly demanded his retirement and handing over of the baton to some other younger leader. But the wily Wickremesinghe did not budge, refused to step down and returned to parliament as a nominated MP a year later. He is currently the lone MP from the UNP in the House.

In a quirk of fate, Wickremesinghe took charge as the Prime Minister on Thursday. Sri Lanka, which is facing the worst ever economic and political crisis in its modern history, is now looking at him hoping the three-time PM will save it from imminent doom. The man who had almost walked into the twilight of politics is being forced to return to put the derailed island nation back on track.

Ranil Wickremesinghe is taking charge at the most difficult moment in his country’s history. Sri Lanka is rapidly descending into chaos and the economy has hit rock-bottom. He has no magic wand in his hand and the road to recovery would be excruciatingly painful for the battered nation. Veteran Wickremesinghe is aware of it and age is also not on his side. Left with no other credible face to helm the nation, discredited and beleaguered President Gotabaya Rajapaksa has chosen him.

A UK-educated barrister, Wickremesinghe won the parliament elections for the first time in 1977. He was just 28 then. After that, he won every parliament election till 2020. He was a cabinet minister in the Jayewardene and Premadasa governments.

ALSO READ | Time’s Up For the Rajapaksas: Will the Family Fiefdom Outlast Sri Lanka’s Economic Mayhem?

He first became Prime Minister after the assassination of President Premadasa on May 1, 1993. He took the position again in 2000 and 2015.

Known as a Colombo elite, Wickremesinghe is widely liked and respected in the West. A brilliant orator and composed personality, he has maintained good relationship with Sri Lanka’s closest neighbour India.

He had to face allegations of corruption during his third term as PM. The bond scam almost sunk his political career. Mahinda Rajapaksa was accused of saving Wickremesinghe during his recent term and Ranil was accused of protecting the Rajapaksa clan during his premiership. Some of his critics are interpreting his appointment as some kind of an “adjustment” to save the sinking Rajapaksa family.

Widely travelled and read, Wickremesinghe is not a mass leader like Mahinda Rajapaksa. A moody and sometimes temperamental Wickremesinghe will leave a permanent mark in the history of Sri Lanka, if he manages to save it first.

The youth who are protesting to overthrow the Rajapaksa regime want a completely new set of people to replace the existing rotten system. The last thing they wanted was Ranil Wickremesinghe. They are unlikely to end the protests and go home.

ALSO READ | After Pakistan, Sri Lanka, is Nepal Next? Why South Asia’s Economic Woes are Structural

Fate had always played a big role in his political life. Two of his main rivals in the ruling UNP, Lalit Athulathmudali and Gamini Dissanayake, were assassinated in the prime of their lives and the UNP leadership was thrust upon him in the mid-1990s.

The biggest question is – will he work under Gotabaya as President? Many feel that he will ask Gotabaya to step down once the new government under his premiership is formed.

The youth who are protesting to overthrow the Rajapaksa regime, however, want a completely new set of people to replace the existing system. The last thing they wanted was Ranil Wickremesinghe. Now, they are unlikely to end the protests and go home.