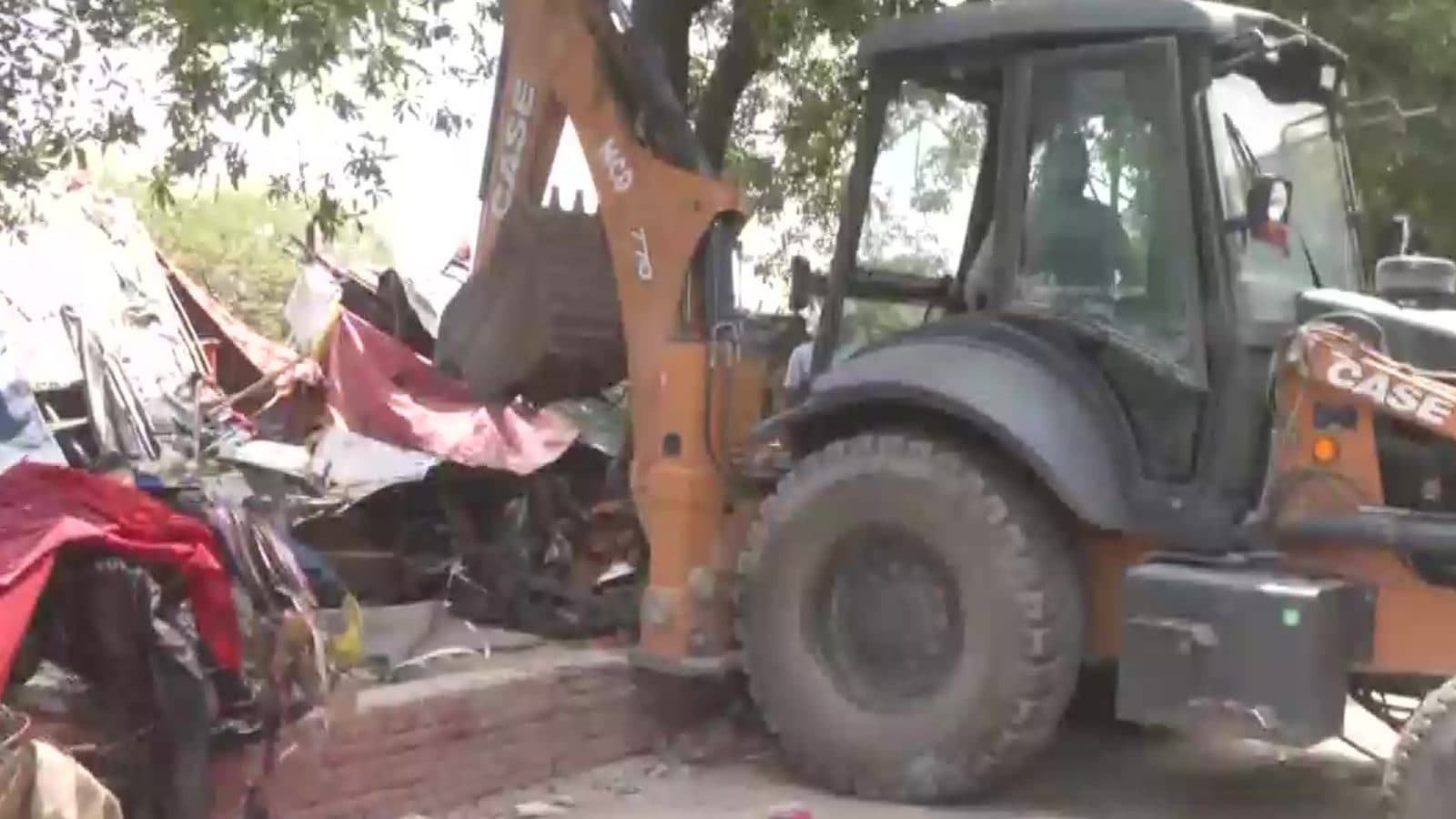 The demolition drive against illegal encroachment began here on Thursday in the surrounding areas of K.N. Katju Marg in Delhi’s Rohini. JCB bulldozers have been employed to demolish all illegally constructed temporary and also permanent structures.

No protest was seen by the local people over the demolition drive.

The illegal temporary encroachments along the K.N. Katju road were being removed by the civic body officials.

The police force along with para-military personnel have also reached the spot in adequate numbers to handle any untoward situation that may arise due to the demolition process.

People were also seen removing the temporary constructed structures from the pavement of K.N. Katju Marg. Notably, the people had constructed small huts on the said pavement, i.e., the government land.