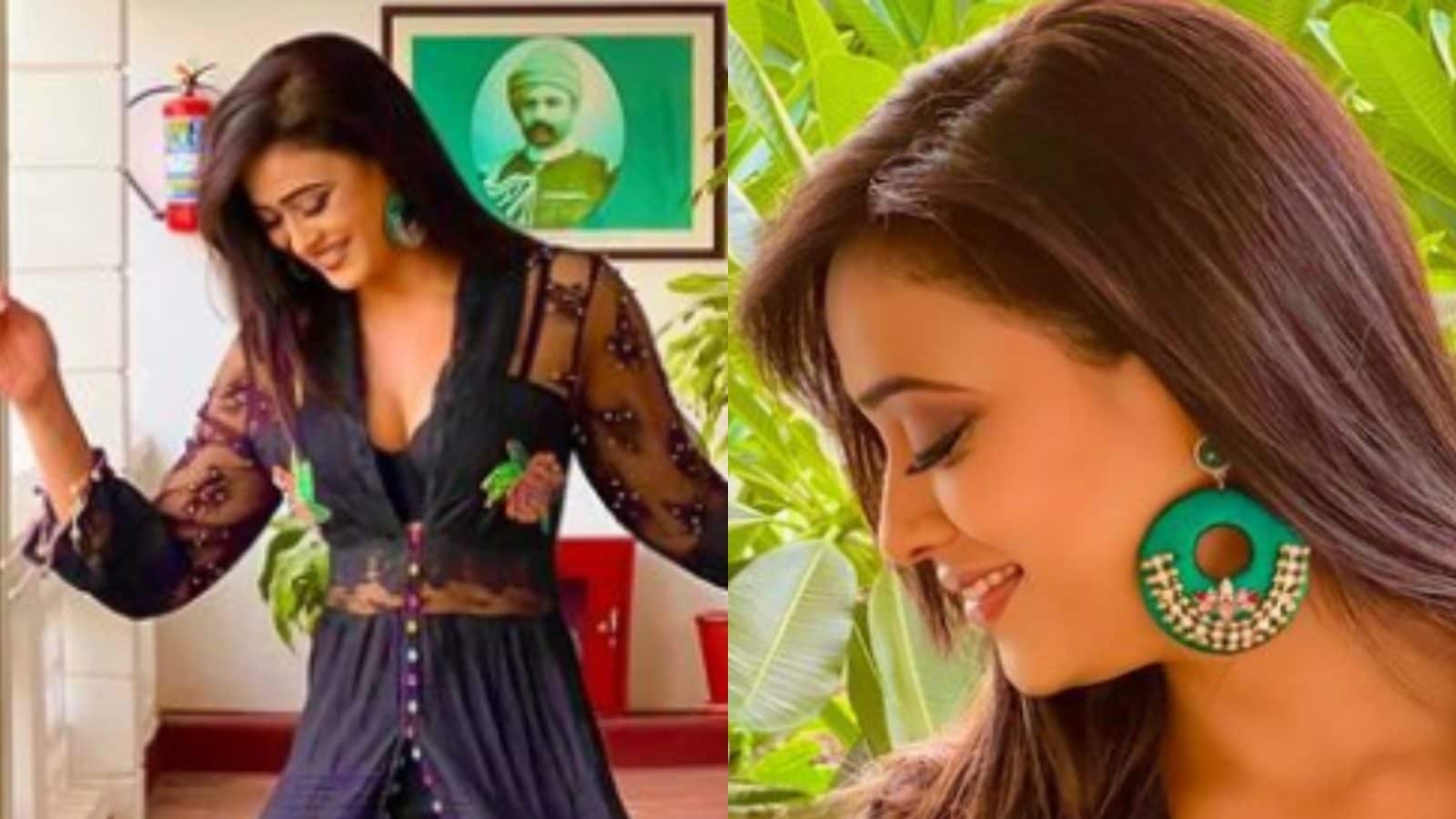 Grace, elegance, and timelessness are truly defined by TV star Shweta Tiwari, who has yet again grabbed all the attention with her charm on social media. Time and again, Shweta has given a glance of her versatility when it comes to sartorial picks and proved that age is just a number for her. Whether acing an alluring saree or rocking a chic dress, it comes to Shweta naturally. But this time, Shweta took her glam game a level higher, as she looked breathtaking in a royal blue dress. Sharing the glimpse of herself twirling in the enchanting ensemble, Shweta dropped a series of pictures on her official Instagram account.

In the picture, Shweta can be seen donning Victor Robinson’s royal blue sheer flowy dress, which features a lacy hem, floral embroidery, net sleeves, and a high slit in the front. Pairing it with matching color high-heeled boots and contrasting green earrings, Shweta appeared magnificent as ever. Keeping her straight tresses open, Shweta opted for bonze nude makeup. In the stunning pictures, which she posted along with the diamond emoticon in the caption, Shweta can be seen all smiles as she strikes poses at the camera.

Shweta’s social media game is super lit, as not only do her fans pour love in the comments section but the pictures were acknowledged by television actress Sara Khan. The former Lock Upp contestant drops a heart in the comments section. Surbhi Jyoti also commented on the picture and asked the actress to frame it. Earlier, Shweta Tiwari made it to the headlines as she dropped the poster of her latest music video Jado Main Tere Kol Si, wherein she is featuring opposite Saurabh Raaj Jain. The song is sung by Raj Barman, composed by Sushant, and written by Kumaar. While posting the poster on her Instagram account, Shweta wrote in the caption, “Experience the love of a beautiful friendship with our favourite!”

On the professional front, the actress was last seen in Zee5’s web series Show Stopper, which was released earlier this year. Apart from this, the actress was also seen in the adventure reality show Khatron Ke Khiladi 11.