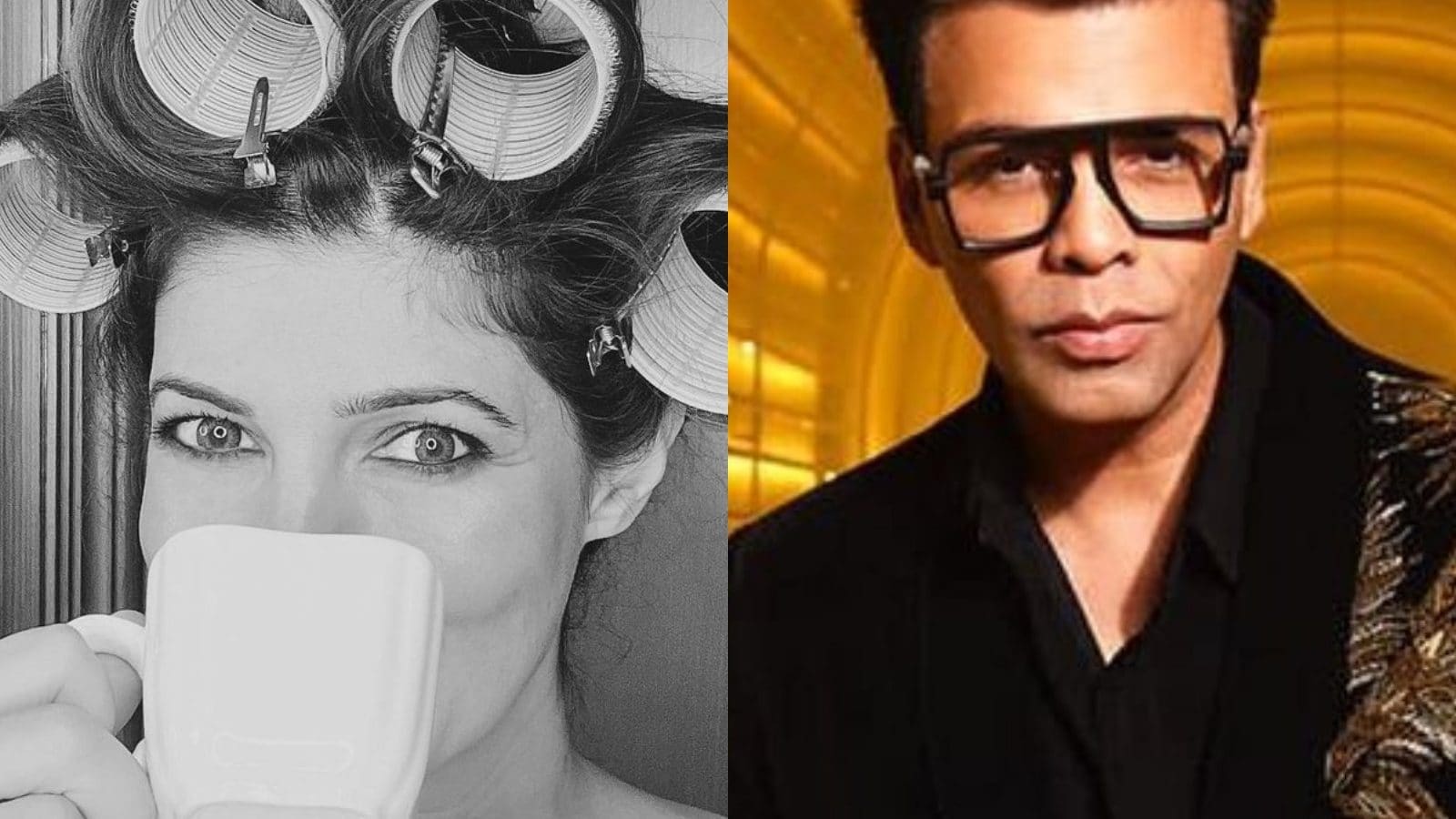 Karan Johar recently made his fans super excited with the announcement of Koffee With Karan’s new season. And even since the news of Karan returning with the chat show came out, fans have been guessing the celeb list for the upcoming season. Amid all this, Karan Johar’s friend Twinkle Khanna has shared a quirky social media post that will give the filmmaker a run for his money.

Twinkle Khanna took to Instagram recently and shared a monochromatic picture of herself sipping tea. In the intriguing photo, we see the Mela actress twinkling eyes and as her hair is tied in roller pins.Sharing this snap, Twinkle wrote, “Just rolling with it! On a set I am prone to mumbling, ‘Shoot me now,’ though I secretly mean with a Nerf gun and not a camera, but then there are days like these when it’s all fun and games. Hmm.. Can’t do Koffee with Karan again but Tea with Twinkle may not be a bad idea after all:) #behindthescenes #shootmenow.”

It seems like the actress isn’t planning to be a guest at her friend Karan’s show, but she has an idea of “Tea With Twinkle” on the cards.

Twinkle recently hit the headlines when she announced the short film based on the short story ‘Salaam Noni Appa’ from her best-selling book, ‘The Legend of Lakshmi Prasad’.

Applause Entertainment is partnering with Ellipsis Entertainment and Mrs. Funnybones Movies on the project. The film is a winning comic romance that breaks stereotypes and is to be directed by advertising maverick Sonal Dabral, who makes his debut with the film.

Now that’s a whole bunch of talented people coming together to make a story I’ve been fortunate enough to hear from Tina and to sum it up, it’s ‘funny and heart-warming.’ Sending my best wishes to the entire team, Love and prayers ❤️ https://t.co/IoF0AfTj1f— Akshay Kumar (@akshaykumar) April 26, 2022

Twinkle’s husband, actor Akshay Kumar, shared the news on Twitter and sent in his best wishes for the team. He tweeted, “Applause Entertainment, Ellipsis Entertainment and Mrs. Funnybones Movies collaborate for their next feature, adapted from @twinklerkhanna’s short story ‘Salaam Noni Appa’ and directed by Sonal Dabral. Now that’s a whole bunch of talented people coming together to make a story I’ve been fortunate enough to hear from Tina and to sum it up, it’s ‘funny and heart-warming.’ Sending my best wishes to the entire team, Love and prayers.”