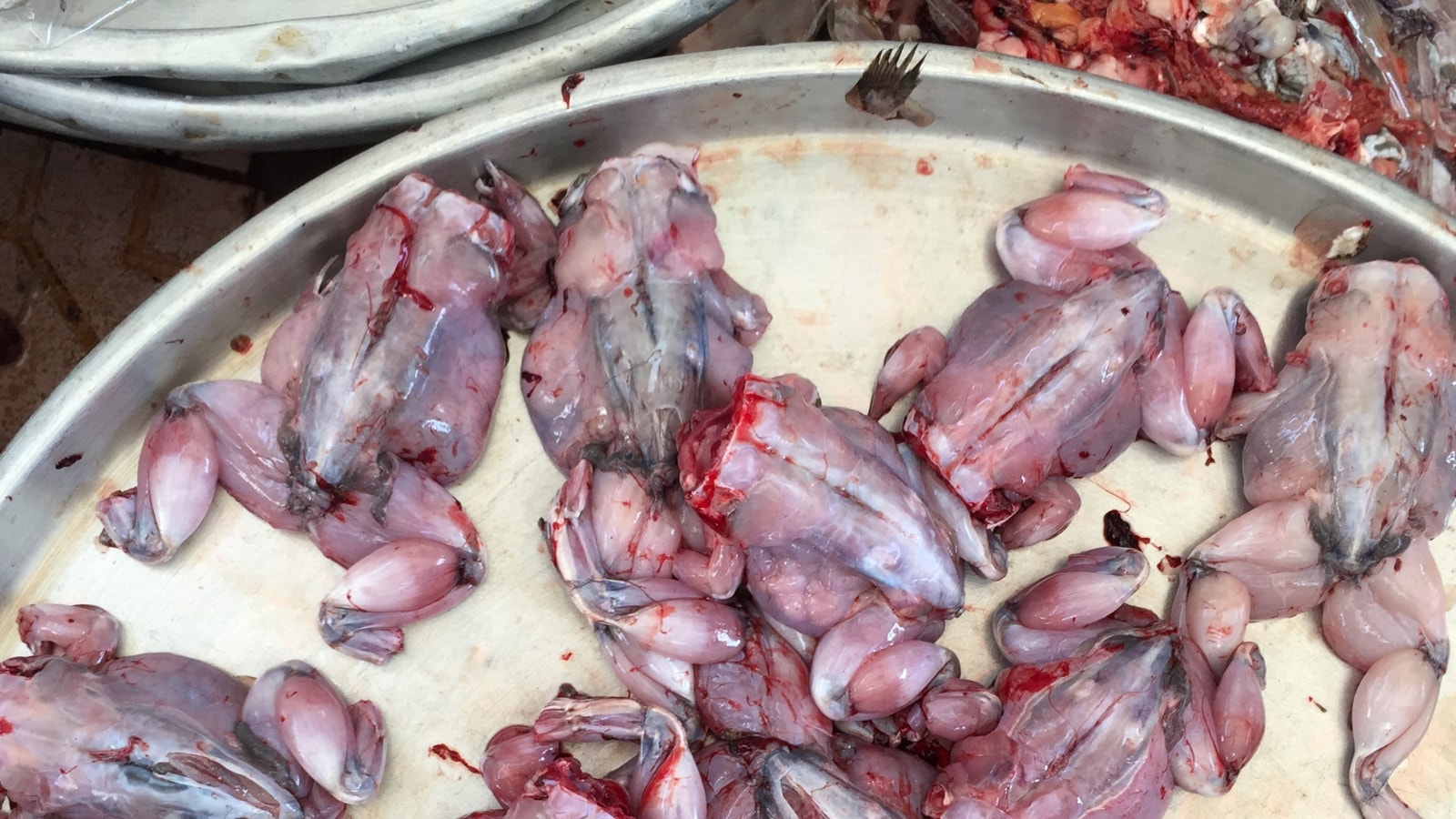 Dining out can be exciting especially when you are trying something exotic. But for a man in China, his excitement soon turned into nausea after a headless frog leapt out of a pot of hot chilli oil on the table, reported Daily Star. The peculiar dining experience was caught on tape and was later shared on the Chinese version of TikTok, Douyin. Reportedly, the customer had ordered a local delicacy with bullfrogs marinated in chilli oil and peppercorns and must have expected that it would be served fresh.

But, the restaurant, located in the Chengdu city of southwester China’s Sichuan province, did not just keep the dish fresh but its ingredients pretty alive.

In the sickening video, the headless and skinned frog can be seen on the diner’s plate with other food. But, as the person zooms in, the frog is seen twitching and moving his leg back and forth. Soon, the bullfrog’s twitching gets faster and he manages to hop out of the plate as if he is trying to escape. The marinated frog then lands on the table while his legs continue to move.

The clip went viral on the Chinese platform and prompted viewers to look for a place to throw up. Many were left disgusted while some even thought of giving up on meat and going vegan. One user even joked that the restaurant served “fresh food” to the diners.

One user tagged the living dead frog as “zombie frog” and vowed to never eat anything like that. Another user was moved to see the frog’s failed attempt to flee and said that he could feel his pain through the video.

This is not the first time that something meant to be eaten has jumped out of the plate. Earlier, a fish had leapt out of a bowl at a Chinese restaurant. The video showed the ‘zombie’ fish flicking its tail before leaping onto the table and continuing to breathe. The diners witnessing the incident were shocked and forced to get up from their seats, reported Metro.co.uk.