IPL 2022, KKR vs SRH Talking Points: A DRS Drama And Umran Back Among The Wickets 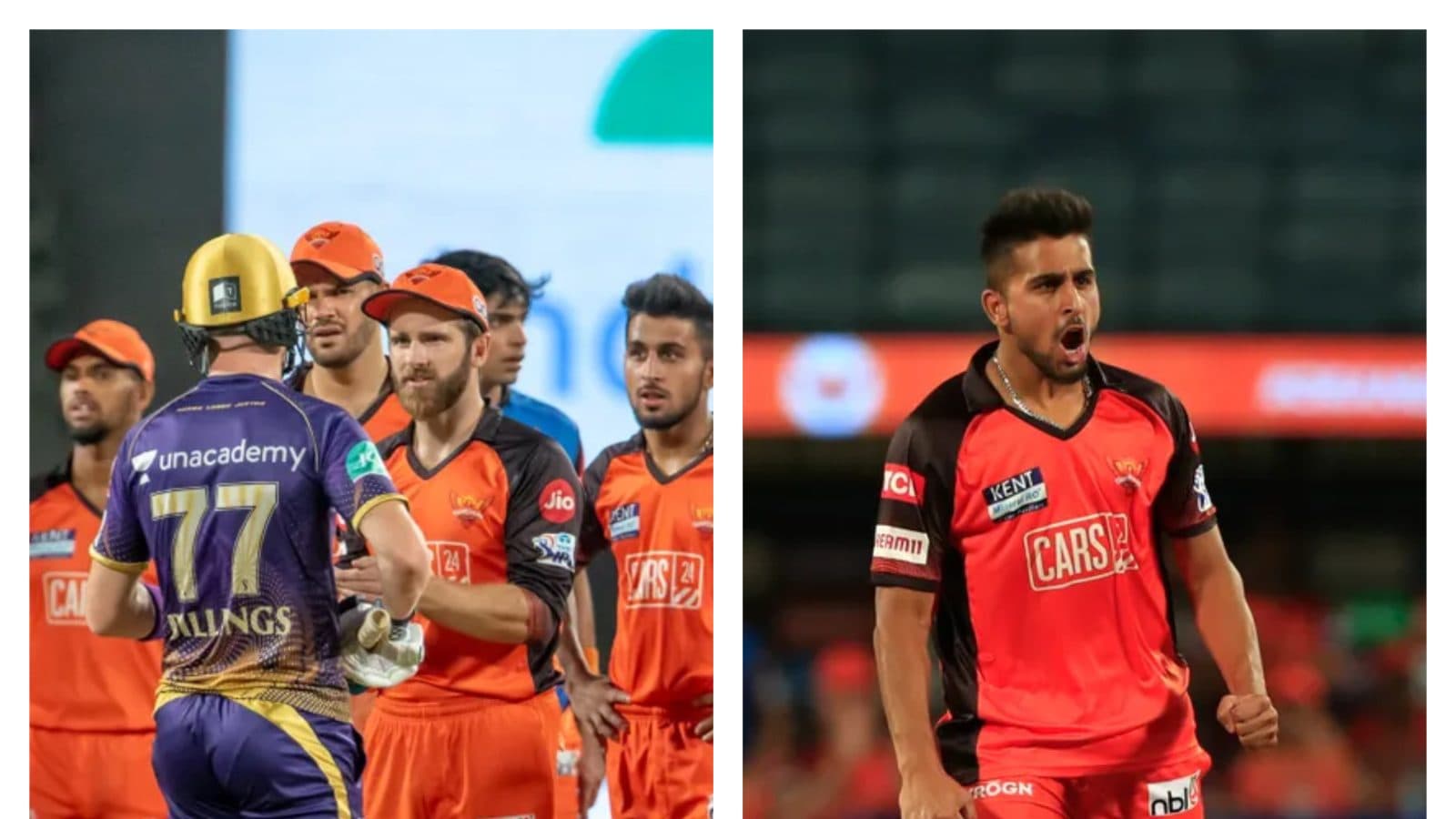 Kolkata Knight Riders produced a clinical show against Sunrisers Hyderabad thanks to the brilliance of Andre Russell who starred with the bat and the ball in a big 54-run win against Sunrisers Hyderabad at the MCA Stadium in Pune on Saturday night. Russell made an unbeaten 49 and then took three wickets later to keep his team’s hopes of a top-four finish alive and kicking.

The ball was there to hit. A short and wide delivery and Ajinkya Rahane went for the upper-cut against Umran Malik. He connected it well but Shashank Singh in the deep was to pull off a superb catch. Had he not made the attempt, the ball was destined to fall beyond the boundary for a six. So Shashank first showed presence of mind by stretching his hands to take the catch and then as he lost balance and tumbled, held his nerves and spotted that his leg was just millimetres away from touching the advertising cushions but he pulled back in the nick of time and sent Rahane walking back to the dug-out.

Umran has emerged as one of the rising stars this season. He has thrilled everyone with his speed. The youngster has put in some strong performances with a five-wicket haul being his best of the season so far and that too against a strong team like Gujarat Titans. However, since that, form deserted him. He bowled 10 wicketless overs in the next three matches and went for plenty of runs – 125 to be exact. He roared back to form against KKR though taking three big wickets in his first two overs. He first sent back Nitish Rana and then got rid of another well-set batter in Ajinkya Rahane in the same over. He further dented KKR when he had their captain Shreyas Iyer caught in the deep in his next over and eventually finished with decent figures of 3/33.

T Natarajan bowled a superb yorker to Rinku Singh that hit him on the pad and after an eternity, the umpire raised his index finger. The two KKR batters – Rinku and Sam Billings – engaged in a mid-pitch conversation. Surprisingly, Billings made the signal before the timer ran out. The umpire asked Rinku to walk off as he ran out of time to challenge the on-field decision. And then a discussion followed with the umpires informing the batters about the rule that the T signal should have come from Rinku and not Billings. KKR coach Brendon McCullum was seen speaking to the fourth umpire. A dejected Rinku had to take a long walk back to the dug-out.

Three of the modern-day greats – Virat Kohli, Rohit Sharma and Kane Williamson – are going through a forgettable IPL season. All three open for their respective franchises (Kohli was promoted from No 3 after initial few matches) and have struggled spectacularly. However, of the three, only Williamson has scored at less than run-a-ball. The SRH captain has scored 208 runs from 12 innings with a best score of 57 – his only fifty of the season so far. And what’s worse is his strike-rate which is a poor 92.85. At the same time, his opening partner Abhishek Sharma has scored 374 runs at a strike-rate of 134.53. Time for Williamson to drop himself down in the middle order?

Should KKR go on to win the title this season, they will have one man to thank for it – Andre Russell. The allrounder has single-handedly kept them alive and kicking despite a season which has been otherwise underwhelming from their point of view. On Saturday, he belted 49 off 28 and then took three wickets as well. With his three wickets, he now has become only the fifth player in IPL history to score at least 300 runs and take 15 wickets in a single season.