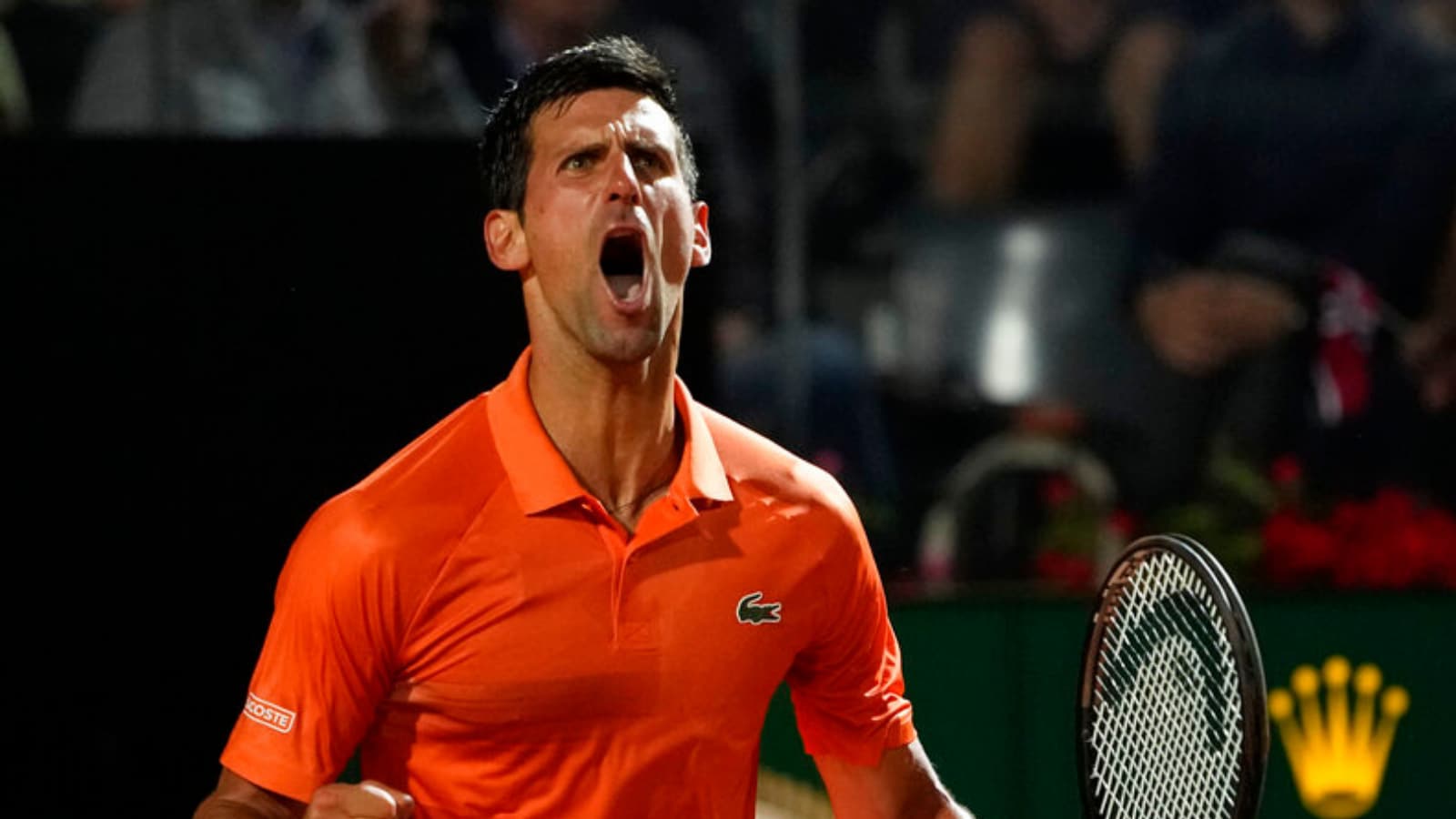 Djokovic will face Stefanos Tsitsipas in the title clash on Sunday, with the Serbian playing in the final in Rome for the fourth straight time and 12th overall.

It will be a repeat of last year’s French Open final, which Djokovic won after fighting back from two sets down.

The 34-year-old is only the fifth man in the Open Era to reach the 1,000 wins milestone after Jimmy Connors, Roger Federer, Ivan Lendl and Rafa Nadal.

Playing under the lights, Djokovic broke Norwegian Ruud’s service twice to earn a commanding 4-0 lead as the top seed made a fast start.

Ruud broke Djokovic at 5-3 down and held his serve but the 20-times major winner closed out the set.

In the second set, Ruud saved three break points in the seventh game before Djokovic broke for a 4-3 lead.

Djokovic broke Ruud again as he wrapped up victory in one hour 42 minutes and the Serbian will seek a record-extending 38th ATP Masters 1000 title in Sunday’s final.

Tsitsipas, who will rise to fourth in the ATP rankings next week, will be bidding for his third Masters 1000 title on Sunday.

In the third claycourt Masters 1000 semi-final between the pair this season, Tsitsipas overcame Zverev as he stayed consistent from the baseline and strong on serve.

“Battle of the serves,” Tsitsipas said. “Battle of being able to take that first shot after the serve and really put quite a lot of pressure to it, which I think I was able to do really well in the third set.

“I was able to return a few on the third a bit more than him, get the ball in play, stay in those rallies, not give away much.

“I was really trying to stay there as long as possible and make every single one count.”

Zverev was clinical in the opening set with his first serve working like clockwork, but the German dropped a set for the first time in this year’s tournament as Tsitsipas raised his own level in the second.

Tsitsipas struck first in the decider, earning a break to lead 3-2 when Zverev sent a forehand into the net.

Tsitsipas broke the Zverev serve again to claim a comfortable victory and he now has a Tour-leading 31 match wins this year and leads his head-to-head against Zverev 8-4.

Zverev is yet to win a title this season.